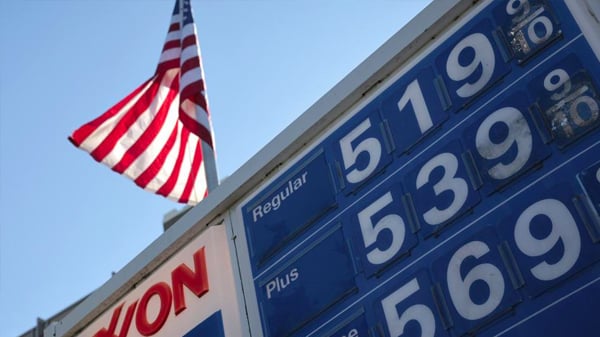 As the price of gasoline and diesel fuel have reached levels that are causing real pain to American families and real damage to the economy, Biden and his team have been floundering around in their fantasy world.

I have been trying to understand why President Joe Biden and the Big Government Socialists keep saying and doing things that simply do not work.

President Ronald Reagan warned about this pattern when he said, “It isn’t so much that liberals are ignorant. It’s just that they know so many things that aren’t so.”

Theodore White warned about this rigid commitment to beliefs over facts 50 years ago in his great work “The Making of the President 1972.” White noted that Democratic Presidential Candidate and Sen. George McGovern simply could not get the radicals on the Left to modify their positions. As White put it, “the liberal ideology had become a liberal theology.”

This pseudo-religious imperative overwhelms any thought of pragmatism. Results in the real world become less important than upholding the tenets of leftwing theology.

As the price of gasoline and diesel fuel have reached levels that are causing real pain to American families and real damage to the economy, Biden and his team have been floundering around in their fantasy world.

They tried blaming Vladimir Putin, but families paying $5 or more a gallon for gasoline saw through the scapegoat. They wanted solutions that brought down the price of energy. They got finger pointing.

Then, Biden tried attacking oil companies, but they had the courage to fight back.

Biden released some oil from the national strategic oil reserve, but the amount is too small and too short term to affect the domestic price of oil – which is once again dictated by worldwide patterns rather than American supply.

It was President Donald Trump’s commitment to American energy independence – combined with his tax cuts and regulatory reforms – which led to new oil and gas production and dramatically drove down domestic prices. On the day Biden was sworn in, gasoline was $2.38 a gallon. It has more than doubled under Big Government Socialist policies, as I outline in my new book “Defeating Big Government Socialism.”

Now, Biden has come up with (read: pantomimed) the idea of a holiday from the federal gas tax. At the state level, this idea is being implemented by many Republican governors seeking to relieve people from the fallout from Biden’s disastrous policies.

It makes sense for governors. Governors can’t approve interstate pipelines, waive federal regulations that are crippling new refineries, open federal land to oil and gas production, or do any of the dozen other things Biden could do. For governors, a gas tax holiday may be the only tool they have to help the families in their states. What the governors are doing out of desperation Biden is doing as a deception to hide everything he refuses to do that would help.

Furthermore, the governors who have made the decision to waive gas taxes are only doing so because their states can afford to lose the revenue. With the general surge in inflation, most Americans are cautious about increasing the federal deficit and encouraging more inflation. And the amount of money an individual would save from a federal tax holiday is tiny compared to the continuing increase in the price of gas and diesel.

Biden’s federal gas tax holiday is such a bad idea, both President Barack Obama and Speaker Nancy Pelosi have attacked it and ridiculed it in the past. President Obama (then a senator and candidate for president in 2008) said:

“For us to suggest 30 cents a day for three months is real relief, that that’s a real energy policy, means that we are not tackling the problem that has to be tackled. We are offering gimmicks. … We’re arguing over a gimmick that would save you half a tank of gas over the course of the entire summer so that everyone in Washington can pat themselves on the back and say they did something. Well, let me tell you, this isn’t an idea designed to get you through the summer, it’s designed to get them through an election.”

Speaker Nancy Pelosi has described a gas tax holiday as “show biz” with no guarantee the savings would go to consumers rather than oil companies.

Biden’s commitment to destroy the oil, gas, and coal industries was clear during the campaign.

When CNN’s Dana Bash asked during a July 2019 primary debate if his administration would deal with the fossil fuel industry, Biden simply said, “no” and said he would “make sure it’s eliminated.”

Two months later, he promised a young supporter he would “end fossil fuels.”

Biden’s actions as president have reflected that commitment.

Luke Schroeder at the Republican National Committee pulled together some of the key steps President Biden has taken to destroy the oil and gas industry:

As prices continue to go up, remember there are alternatives to the fantasies which have replaced reality in the current White House. You will be able to choose them in November and in 2024.