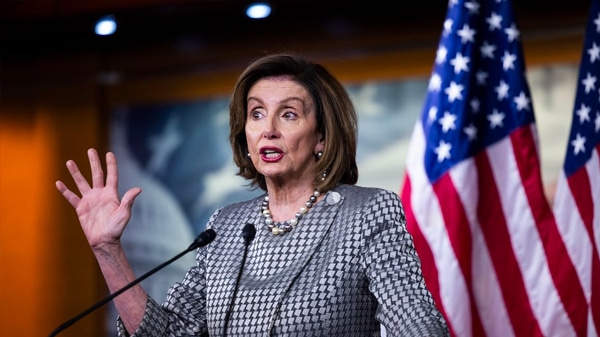 Now that it has become public, Speaker Nancy Pelosi must go to Taiwan in August. Further, she should take a bipartisan congressional delegation with her.

Now that it has become a public issue, Speaker Nancy Pelosi must go to Taiwan in August. Further, I hope she will take a bipartisan congressional delegation with her.

I understand how important it is to stand up to pressure from the Chinese Communist Party. We went through similar challenges in 1997. That is when I became the highest-ranking American official to ever visit Taiwan. Sadly, after more than two decades, I still am.

When I was Speaker of the House, we scheduled a lengthy trip to the People’s Republic of China. It included major speeches in Beijing and Shanghai and visits with the senior leaders for serious dialogue about our two countries. We also decided to add Taiwan to the trip.

The Chinese Communists were furious. In their view, Taiwan was a rogue province of China. It was not free or independent. They saw Taiwan as a rebellious part of their country, and they openly planned to bring it back into Beijing’s control (as they now have Tibet and Hong Kong).

The American position – going back to the original negotiations between President Richard Nixon, Secretary of State Henry Kissinger, Chairman Mao Zedong, and Premier Zhou Enlai – was that Taiwan could not be conquered by the Communists, but the United States wouldn’t openly recognize its independence. For the last half century, this formula of deliberate ambiguity has worked to keep Taiwan effectively free and avoid a major war.

In the late ‘90s, I upheld that American position. I respected the right of free people not to be conquered. I respected the achievements of the Taiwanese people economically. I also felt strongly that the Chinese Communist dictatorship would avoid challenging America if we were strong and clear about our values and strategies.

That instinct turned out to be correct. The Chinese Communists threatened to withdraw my invitation to the mainland if I insisted on going to Taiwan. So, my national security adviser, Gardner Peckham, was strong and clear. He informed Beijing, “The Chinese Communist Party does not dictate the travel plans of the American Speaker of the House.”

When the Communists persisted, Gardner shocked them by saying we would happily take the extra free days and have a longer, more extensive visit to Taiwan.

At that point, the Chinese Communist Party backed down, and we settled with a face-saving compromise. I would go to Taiwan but not directly from the Chinese mainland. So, we flew there by way of Japan. It was a little annoying and inconvenient, but the U.S. Air Force plane taking our congressional delegation did a fine job, and everything went smoothly.

Taiwan today is clearly a free country. It has a robust news media, a competitive political system, and a dynamic economy. Taiwan dominates the microchip industry with 48 percent of the world’s foundry market and 61 percent of the advanced chip manufacturing capacity. Were Taiwan to be cut off from the world economy, the crisis in virtually every product that uses microchips would be enormous.

Now that Speaker Pelosi’s potential visit to Taiwan has become public, she simply must go through with it. As in 1997, America must remain strong and clear about our values and strategies. To back down now would convince the Chinese Communist dictatorship that America is growing weak and cowardly.

The public handwringing of President Joe Biden and the woke leadership of the Pentagon just makes America look intimidated and frightened by the Beijing dictatorship. It is the worst possible approach to dealing with a government which only respects strength – and is ever-ready to exploit signs of weakness.

My only advice to Speaker Pelosi is to take a strong bipartisan congressional delegation. This would prove that our commitment to a free, safe Taiwan is truly bipartisan.

I was deeply fortunate to have the senior Democrat in the House, Congressman John Dingell, co-lead our bipartisan delegation of 11 members. He was an enormous asset in showing unified strength to the Beijing leadership.

A strong bipartisan delegation led by Speaker Pelosi would be a powerful signal to Chinese Communist Party General Secretary Xi Jinping that he should drop any plans to invade or intimidate Taiwan.

A public pressure campaign by the Biden White House and the woke Defense Department leadership would be a signal of weakness and intimidation, which would inevitably lead Xi to consider pushing further and faster.

You won’t hear me say this often, but in this case, I am happy to say, “Go, Nancy, go!” She has a profound, historic opportunity to represent American strength, determination, and commitment to freedom.