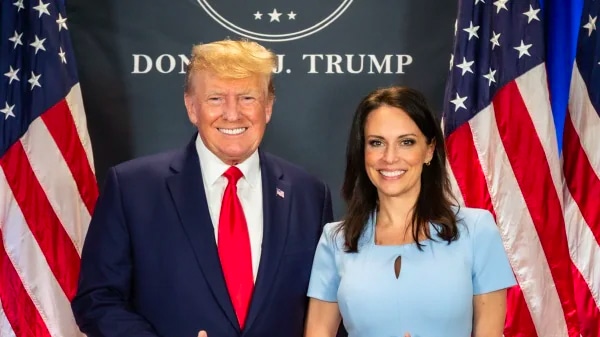 The primary results from Arizona, Kansas, Maryland, Michigan, and Missouri raise a fascinating question about the gap between the propaganda media analysis of President Donald Trump and the scale of his achievement as a national Republican leader.

The primary results from Arizona, Kansas, Maryland, Michigan, and Missouri raise a fascinating question about the gap between the propaganda media analysis of President Donald Trump and the scale of his achievement as a national Republican leader.

To understand President Trump’s impact on the Republican Party, consider the most famous political purge attempt in modern times – President Franklin Delano Roosevelt’s effort to topple three conservative senators from his own party in the 1938 elections.

FDR was at the peak of his popularity. He had won re-election with a then-record 60.8 percent of the popular vote and a 523-8 margin in the electoral college.

He targeted conservative Democrat senators running in Georgia, Maryland, and South Carolina. All three won handily. Four other conservative Democrat senators were also re-elected. For all his efforts and all his popularity, Roosevelt managed to defeat only one House member in New York State. It was a devastating rejection of a man who was arguably the most effective politician of modern times.

By contrast, President Trump is on an endorsement march of unprecedented success. No leader in American history has had Trump’s ability to draw the crowds and encourage Americans to nominate his preferred candidates.

Politico did an extraordinary article noting the scale of Trump’s endorsement victories. Of course, the outlet had to note that some of the victories were by narrow margins and “the fact that these battles were, and are close, might signal Trump’s hold on the party is loosening.”

The propaganda media simply can’t bring itself to think clearly about the human phenomenon that is threatening to change its world.

Just before the primaries here were some of the propaganda media assessments:

On Good Morning America that day ABC News Correspondent Whit Johnson said, “Here in the battleground of Arizona, much like the primaries happening across the country former President Trump is not on the ballot but his power, his influence over the Republican party will again be put to the test today…”

On NBC News, Bridget Bowman wrote, “Tuesday provides one of the biggest tests yet of the power of former President Donald Trump’s endorsement in GOP primaries. He made a puzzling non-endorsement in Missouri’s Senate race Monday, but he’s actually backed 42 candidates across the five states — Arizona, Kansas, Michigan, Missouri and Washington — who are competing in primaries on Tuesday. All but six of those candidates have openly questioned or objected to the 2020 presidential election results.”

Zach Montellaro, Ally Mutnick, and Natalie Allison wrote for Politico, “…those races will test the power of Trump’s endorsement on one of the most crowded and consequential primary nights of the year.”

In the New York Times, Azi Paybarah wrote, “Tuesday’s primaries in Arizona, Michigan and a handful of other states will be the latest test of former President Donald J. Trump’s long list of endorsements in competitive races.”

Now that the recent primaries are over, any honest observer must admit that President Trump’s influence is stunning and historically unprecedented. Yet, you see few in the previously mentioned media outlets acknowledging this – or considering what it means.

As one pollster wrote to me, the media punditry seems to be so ideologically and personally biased against Donald Trump that they are blindly out-of-touch with most Republican voters and the decisive majority of all American voters. Trump appears to be listening to people again and advocating their positions, while the media elite pundits are in their own biased echo chamber and missing the real voter trends.

Daniel Cox, Trump’s endorsed candidate for governor in the typically blue State of Maryland, won 52 percent of the vote against a popular anti-Trump Republican candidate.

Arizona was close because the other candidate was an attractive, wealthy, long-time Republican activist supported by the sitting governor and Vice President Mike Pence. The result was close, but the massive Trump rally in Arizona a week before the primary likely made the difference.

In Michigan, another House Republican who voted to impeach President Trump lost the primary to a Trump-endorsed challenger. Interestingly, the only two African American candidates for Congress in Michigan are Republican. The Trump attraction for minority candidates and voters continues to grow and is accelerated by the economic and cultural pain coming from the Democrat Party’s leadership.

Marc Caputo for NBC summarized the Trump effect: “Since leaving office last year 188 candidates backed by the former president have won primaries. 14 have lost and two dropped out or were disqualified before Election Day.”

Observers need to come to grips with three realities.

First, President Trump has a greater effect on Republican voters than any political figure in modern American history. He may be hated by the Left, but he is loved by most of the right and listened to by most independents.

Second, the accelerating collapse of big government socialism and alienation of most Americans by woke left radicalism are drowning every effort to hurt Trump. Liz Cheney’s staged show trial is simply overwhelmed by inflation; high gas prices; food and other shortages; skyrocketing murder rates; an astonishingly and dangerously open border; and all the revelations about the depth of corruption and dishonesty around Hunter and Joe Biden’s overseas money-making schemes.

Third, the elites should examine just how alienated and angry the American people are that they would listen to Donald Trump – no matter how often he is attacked and smeared. As was said of President Grover Cleveland, “they love him most of all for the enemies he has made.”

Now the real test will begin. Can President Trump pivot from dominating the primaries to helping get all his successful nominees elected this fall?

If that happens, we will truly be in a new and different historic era.