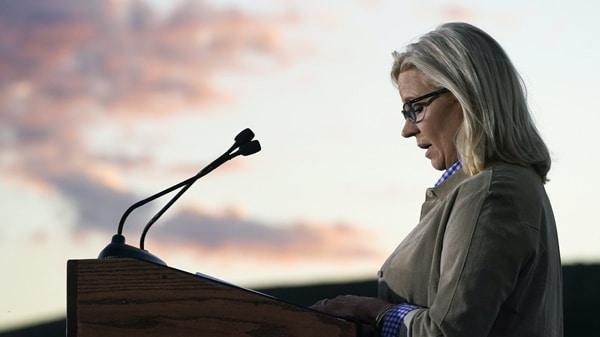 As Congresswoman Liz Cheney was being decisively repudiated by the voters of Wyoming (66 percent to 29 percent is a repudiation), her smug Eastern establishment certainty of moral virtue remained intact.

However, in describing her situation with the words of Abraham Lincoln, she skewed the historic record. If Lincoln had only garnered 29 percent support in his 1858 U.S. Senate race against Stephen Douglas, he would never have been president.

In fact, Lincoln won the popular vote against incumbent Douglas. However, Democrats had more seats in the state legislature (which selected Senators in those days) so they sent Douglas back to Washington. Lincoln then had the Lincoln-Douglas debates published as a book and worked methodically to win the GOP nomination for president in 1860.

Cheney is also profoundly mistaken in her claim that Lincoln ignored public opinion to follow some internal conviction against the popular will.

Lincoln was deeply careful about doing what the public wanted. He was possibly the most thoughtful of all American presidents in this regard. Lincoln warned: “In this age, in this country, public sentiment is everything. With it, nothing can fail; against it, nothing can succeed. Whoever molds public sentiment goes deeper than he who enacts statutes, or pronounces judicial decisions.”

Anyone who studies Lincoln’s presidency knows he listened carefully to the American people (at least those in the North who favored maintaining the Union and ultimately supported abolishing slavery).

In an age before polling, President Lincoln routinely held open receptions at the White House.

‘”I call these receptions my public-opinion baths,’ answered Lincoln, ‘for I have but little time to read the papers and gather public opinion that way; and, though they may not be pleasant in all their particulars, the effect as a whole is renovating and invigorating to my perceptions of responsibility and duty.’”

Lincoln believed such encounters kept him in touch with “the great popular assemblage out of which I sprang, and to which at the end of two years I must return.”

When Lincoln called for government of the people, by the people, and for the people, he meant everyday folks – not just Ivy League elites.

The government of the people in Wyoming means representing a deeply pro-Donald Trump position. After all, President Trump got 69.94 percent of the vote in Wyoming in 2020.

This was perhaps made most clear in her arrogant closing statement of the Jan. 6 Committee:

“In our country, we don’t swear an oath to an individual, or a political party. We take our oath to defend the United States Constitution. And that oath must mean something. Tonight, I say this to my Republican colleagues who are defending the indefensible: There will come a day when Donald Trump is gone, but your dishonor will remain.”

In her concession speech, Cheney continued her anti-Trump fervor which had marked the Jan. 6 Committee as a show trial. Essentially, she was vice chair of a fake committee colluding with the fake news media to produce fake information.

Atty. Gen. Merrick Garland would be well served to consider the Wyoming repudiation of the Jan. 6 Committee’s vice chair – and the number of successful candidates who were supported by President Trump this primary cycle.

It is likely that only two of the 10 House Republicans who voted to impeach President Trump will survive. An 80 percent defeat rate is historic and unlike anything we have seen in American history. (At the peak of his popularity in 1938, President Franklin Delano Roosevelt failed almost totally in his effort to purge conservatives from his party).

Garland’s Justice Department – having lied to federal judges, harassed Trump supporters, and now sent 30 FBI agents into the former President’s private home – is clearly trying to find grounds to indict President Trump and try him in Washington D.C. (where he got only 5.6 percent of the vote).

President Lincoln’s warning for Garland is simple. Government of the people, by the people, and for the people cannot be repudiated by rigged investigations, hand-picked judges, or stacked juries.

Every step by a tainted FBI and Justice Department against President Trump simply makes it more likely that he will be the Republican nominee. Every effort to block him with legality when he cannot be defeated in the public arena will be a disaster for the country and an assault on Lincoln’s vision of government by the people.

Big Government Socialists may be able to beat President Trump in a general election. That would be legitimate and ultimately accepted by the American people if they thought it was an honest campaign and an honest count.

Trying to block President Trump from competing will enrage at least half the country and increase contempt for the entire bureaucracy – and the larger Washington establishment that thinks it can govern over the people rather than with the people’s consent.

Garland is in real risk of becoming the attorney general who broke the public’s belief in an impartial American justice system. That would be a disaster on an historic scale.

Let’s stick with Lincoln and cheerfully repudiate Cheney and Garland.