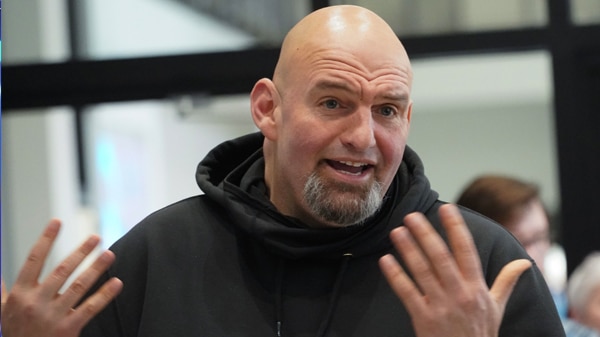 Senate candidate John Fetterman isn’t just radical, he is a threat to the life and safety of every Pennsylvania citizen.

I recently reviewed every U.S. Senate race in the country, and it became obvious that the most radical candidate, by a huge margin, is Pennsylvania Lt. Gov. John Fetterman.

Fetterman can’t possibly win the Senate race against Dr. Mehmet Oz if the central issues become Fetterman’s record and policy positions. He is simply too pro-drug, pro-crime, pro-woke theology – not to mention anti-Western Pennsylvanian oil and gas jobs – to win in an essentially centrist state.

Fetterman knows his record is indefensible, and he has worked hard to keep the news media attention on his opponent. He knows he won’t win if Pennsylvanians learn what he’s all about. So, his team has waged a bitterly aggressive social media campaign – based on gossip, snark, and cleverness – to keep the focus on Dr. Oz. Ironically, they attack Oz for his success, when Fetterman apparently was supported by his parents until he was 49.

My assessment is not based on political generalizations or partisan perceptions. Look at Fetterman’s record and policies and decide for yourself.

As he told the Nation magazine, “I’m pro legalizing marijuana, but I go even further than some of my colleagues because I’m for decriminalizing across the board.”

While he campaigns on combating the opioid and overdose epidemic (Pennsylvania has the third-highest overdose deaths in the country), his plan for doing so is totally wrong-headed.

In a 2018 podcast interview, Fetterman said: “I think it’s important that we as a society have all the options on the table — including needle exchange, which is only technically legal in Philadelphia and Pittsburgh — and even safe injection sites that are being considered like say in Philadelphia.”

Do Pennsylvanians really want their children growing up in a place where using cocaine, LSD, or heroin isn’t a criminal offense?

Even California Gov. Newsom found the idea of safe injection sites too dangerous. Newsom just vetoed a bill to establish such sites in California.

Fetterman goes beyond a pro-drug policy to a remarkable leniency on crime and criminals. He supports sanctuary cities for people in the country illegally:

“Any Democrat that doesn’t agree with this policy is pandering to xenophobia. Sanctuary cities ensure the safety and well-being of everybody,” Fetterman said about Philadelphia’s sanctuary city status.

With almost 5 million people illegally crossing the border – with no background or law enforcement checks – since Joe Biden took office and Democrats controlled Congress, do we really want to prevent federal immigration agents from managing the crisis?

And Fetterman doesn’t just want a sanctuary for illegal immigrants. He wants to return convicted violent criminals to the streets.

As chair of the State Parole Board, Fetterman has done everything he could to help get murderers and other violent criminals out of jail. As chair of the Pennsylvania Board of Pardons, Fetterman appointed Celeste Trusty, who has advocated for disarming police and abolishing “mandatory life without parole as a sentence for first- and second-degree murder.”

On 27 different occasions, Fetterman was the only member of the five-person board who voted to release convicted murderers. Some of the cases are appalling.

As Natalia Mittelstadt reported in Just the News:

“Fetterman, who chairs the state’s board of pardons, was the only member of the board who voted to commute Wayne Covington’s sentence of life in prison. Covington pleaded guilty in 1970 to first-degree murder to avoid the death penalty after admitting to shooting 18-year-old George Rudnycky to death for drug money while high.

“In the four years since he has chaired the board, it has recommended 46 commutations of life sentences, compared to just six in Democratic Gov. Tom Wolf’s first term.”

Collin Anderson and Chuck Ross reported in the Free Beacon:

“Beyond his support for Covington’s commutation, Fetterman has supported the release of violent criminals Denise Crump and Anthony Eberhardt, pardon board votes reviewed by the Free Beacon show. Crump received life in prison in the late 1980s after she and an accomplice killed a 46-year-old man to ‘steal his television set, which was then sold for $60 to buy cocaine,’ according to the Philadelphia Daily News. Eberhardt also participated in a robbery-murder, which led to the shooting death of a beer distributor.”

Fetterman isn’t just radical, he is a threat to the life and safety of every Pennsylvania citizen. At a time of skyrocketing murder rates across America, Fetterman would be a dangerous disaster in the U.S. Senate.