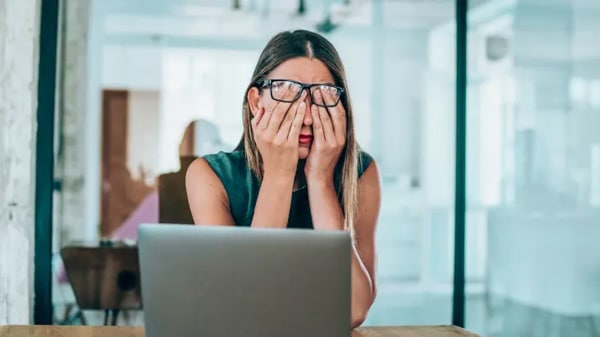 I urge all Americans to look at their 401k investments before they vote next month. The disaster Joe Biden and the Democrats have caused will shock you.

Normally, I would advise people to ignore their stock accounts during a bear market. After all, if the general market is going down, your stocks are probably going down, too.

It usually doesn’t make sense to worry about a trend too big for you to change. I would suggest you wait until the market turns up and then watch cheerfully as your investments regain their value.

However, this is no normal bear market. It wasn’t caused by a fluke, or a natural trend. It was caused by the Washington Democrats’ disastrous policy. So, I urge all Americans to look at their 401ks before they vote next month. The disaster Joe Biden and the Democrats have caused will shock you.

Heritage Foundation economists Stephen Moore and E.J. Antoni, have run the numbers on the Biden-Democrat economic disaster – and translated it into individual earnings and savings. (Moore is also a co-founder at the Committee to Unleash Prosperity, and his daily newsletter Unleash Prosperity Hotline may be the best single daily brief on the economy and politics.)

The cost of inflation gets even worse when you factor the Federal Reserves’ relentless interest rate increases. They calculated that 401(k) plans have taken a $2.1 trillion hit since the start of 2022. The average plan started with $135,000 and now has $101,000. That is an average $34,000 loss (or 25 percent decrease) in less than a year. Inflation has also shrunk the purchasing power of the average plan by another $5,000, according to Moore and Antoni.

As they put it:

The hit on pension plans has been equally powerful. As they wrote:

“At the beginning of this year, pensions in the US had $27.8 trillion in assets. Now, it’s under $24 trillion, a drop of about 15% that has wiped out the last two years’ worth of gains — nearly $4 trillion.

“Many union and government pension funds were already facing financial shortfalls to be able to pay promised benefits. The combination of high inflation and a bear market in stocks means insolvency is a real threat. Some may need bailouts or will have to sharply cut promised benefits.”

If you have any doubt about the impact of inflation, note that Biden’s ice cream cones have skyrocketed in price. In December 2021, the national average for a half gallon of ice cream was $4.76. This September, it was $5.70. That is a 20 percent increase in less than a year (although, I doubt he notices). Inflation continues to rise, and Biden continues to munch on ice cream cones.

So, before you vote, check how much Biden and the Democrats have cost you and your family personally.

Then – if you want to stop the damage – vote Republican.