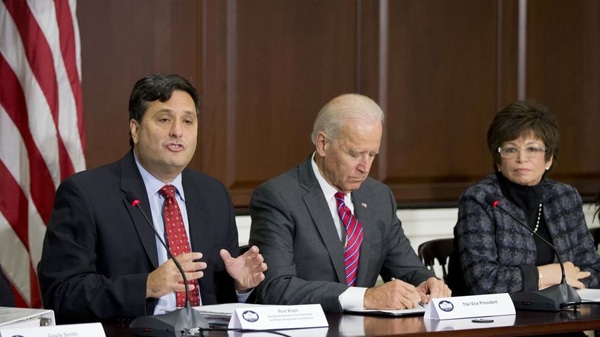 The American people are deeply concerned about the cost of gas, groceries, crime, and chaos at the southern border. So, why would White House staff schedule Biden to meet with a radical lifestyle activist who represents a movement with which most Americans disagree?

You really must wonder what the White House staff is thinking.

There are only weeks before the midterm elections, which will either keep President Joe Biden and the Washington Democrats’ agenda on life support – or shut it down completely.

The American people are deeply concerned about the cost of gas, groceries, crime, and chaos at the southern border.

So, why would White House staff schedule Biden to meet with a radical lifestyle activist who represents a movement with which most Americans disagree?

That is exactly what the Biden White House staff members did when they invited TikTok content creator Dylan Mulvaney to meet with President Biden. Mulvaney is a 25-year-old who has 8.3 million followers on TikTok. His (or her) show “Days of Girlhood” is covering his transition from male to female. Biden reportedly has watched it.

According to Breitbart News, Mulvaney announced the meeting on the Chinese-owned social media app on Thursday:

“It’s day 222 of being a girl. I’m in Washington D.C., and I’m going to the White House to speak to the President of the United States. … And the fact that our president has watched ‘Days of Girlhood’ – it’s kind of epic.”

This meeting led to the Daily Caller headline: “Biden Says He’s in Favor of Minors Getting Irreversible Sex-Change Treatment.”

The Daily Caller went on to report, “President Joe Biden said Sunday he opposed states restricting access to irreversible sex-change treatment for minors, saying states that are putting forth restrictions are ‘outrageous’ and ‘immoral.’”

So, here we have the embattled Democrats deciding that the key to the election is not securing the border, locking up criminals, bringing inflation under control, or meeting the nation’s education crisis. The key to winning is meeting with a transgender activist on TikTok and supporting transgenderism.

Keep in mind: An estimated 63 percent of American children ages 12 to 17 use TikTok regularly. And a recent survey done for America’s New Majority Project found that 62 percent of Americans believe it is “never appropriate” to discuss gender changing with children in K-12 schools. An overwhelming 80 percent say parents should be notified in advance of such discussions – and allowed to opt their children out of gender discussions (only 11 percent were against parent involvement).

Further, by 59 percent to 23 percent, Americans think it should be illegal to provide puberty blockers or gender changing surgery to minors. In fact, by 56 percent to 22 percent Americans believed gender transition surgery on children is a form of child abuse. And a teacher or school encouraging students to change their gender identity is engaged in child abuse, according to 60 percent of Americans.

Again, given these overwhelming numbers, what was the White House staff thinking?

Even beyond the issue of transgenderism itself, think about how out-of-touch this made Biden look.

The image of President Biden and Dr. Jill Biden sitting and watching “Days of Girlhood” while inflation soars, crime reigns, and our children’s futures crumble is one of those images that doom elections. It could rival Michael Dukakis rising in the tank or John Kerry windsurfing.

Nothing says “detached from reality” more clearly in voters’ minds.

My hunch is this was an act of desperation. The White House staff members aren’t stupid. They know they can’t talk about the economy, crime, the border, education, or any other crisis – because Americans just won’t believe them.

They had two years to implement their agenda – and they did.

Their problem is: Their agenda doesn’t work.