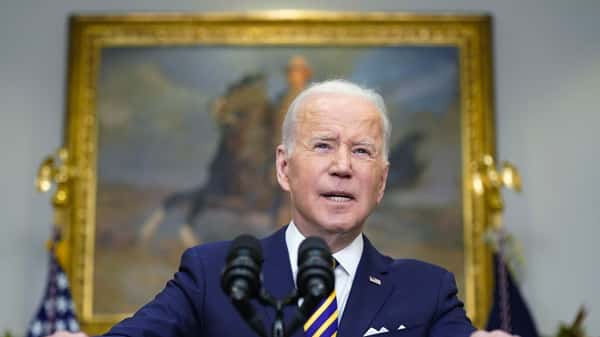 If Republicans are going to successfully work through the next two years in Congress – and win the presidency in 2024 – we need to look much more deeply at what worked and what did not work in 2020 and 2022.

The college and professional football seasons always help me clarify the difference between winning and losing. I love the Green Bay Packers, but they are not having a good year. On the other hand, the University of Georgia just executed its second undefeated regular season since Herschel Walker played there. (Of course, the Bulldogs must beat LSU for the SEC Championship and then win their second consecutive national championship to Georgia alumni’s expectations.)

The clarity of winning and losing creates a clarity of analysis about who is doing well and who isn’t.

If you apply that simple model to Biden, you realize how well he is doing by his own definition of success.

Like most Americans, I do not approve of the job he is doing. Like virtually all conservatives and Republicans, I deeply oppose his policies. They are clearly weakening America and strengthening our enemies. And, again, like most Americans, I oppose the woke policies which are undermining and threatening to destroy popular, unique, shared American culture.

However, conservatives’ hostility to the Biden administration on our terms tends to blind us to just how effective Biden has been on his terms. He has only built upon and fortified the left-wing Big Government Socialist woke culture system.

We dislike Biden so much, we pettily focus on his speaking difficulties, sometimes strange behavior, clear lapses of memory, and other personal flaws. Our aversion to him and his policies makes us underestimate him and the Democrats.

But remember: Presidents Dwight Eisenhower and Ronald Reagan both preferred to be underestimated. Both wanted people to think of them as pleasant – but not dangerous. They found being underestimated was a major asset. While people laughed at them, they were busy achieving their goals and getting their programs implemented.

Biden has achieved something similar.

He has spent 50 years in public life (elected to the U.S. Senate at 29 and only eligible to be sworn in after the election in 1972). Biden genially bumbled into becoming a major force in the Senate. While he failed miserably in attempting to run for president, he ended up as vice president for eight years. Then he stayed in the basement and won in 2020.

The Biden team took an amazingly narrow four-vote majority in the U.S. House and a 50-50 tie in the Senate and turned it into trillions of dollars in spending – and a series of radical bills. The latest bill on sexual rights overriding all other rights was bitterly opposed by virtually every conservative even as it passed with Republican support.

Biden has carefully and cautiously waged war in Ukraine with no American troops. Although poorly timed and slowly delivered, U.S. weapons and financial aid have helped cripple what most thought would be an easy victory for Russian President Vladimir Putin.

Despite terrible problems with the economy, crime, and the border (which led many analysts, me included, to assume the GOP would make big gains in November) Biden and his team executed a strategy of polarizing Americans against Donald Trump supporters. They turned Jan. 6 into a crisis which eclipsed the Left’s previous summer of fire, chaos, and destruction. They also grossly exaggerated the threat to abortion rights. And it all worked.

The Biden team had one of the best first term off-year elections in history. They were not repudiated. They did not have to pay for their terrible mismanagement of the economy.

If Republicans are going to successfully work through the next two years in the Congress – and win the presidency in 2024 – we need to look much more deeply at what worked and what did not work in 2020 and 2022.

Today there is not nearly enough understanding (or acknowledgement) among leading Republicans that our system and approach failed. We need to rethink from the ground up how we are going to Defeat Big Government Socialism – including almost inevitable second-time Democrat Presidential Nominee Biden.

This is a much bigger challenge than I would have guessed before the election.