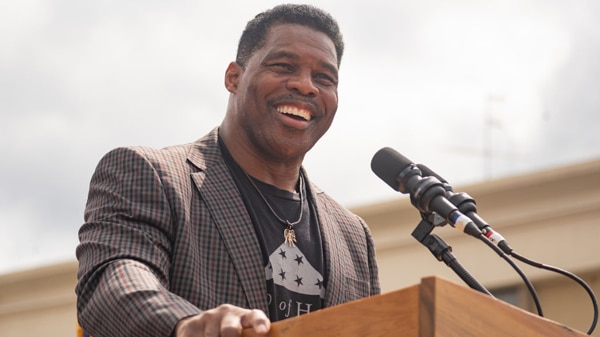 America’s future will be significantly better if we have Herschel Walker’s courage, candor and directness in the Senate for the next six years.

Every Georgian must vote on Dec. 6 – especially Republicans and independents. The U.S. Senate runoff is too important to skip.

Herschel Walker’s election is crucial to Georgia and all of America.

Despite some misconceptions that the Georgia runoff won’t have a major impact, the difference between a 50-50 Senate and a 51-49 Senate is enormous. Vice President Kamala Harris can break ties on the Senate floor – but not in committees.

At 50-50, there is genuine power sharing. Every committee has an even number of Democrats and Republicans. All nominations require bipartisan approval to be reported out of committee. Hearings must be held with bipartisan agreement.

The difference in power between the Democrat and Republican leadership is dramatic depending on whether the Democrats have a one-seat majority or have to share control.

So, at a practical level, Walker’s election would make the next two years in the Senate much less dangerous.

Aside from Senate mechanics, there are enormous differences between Walker and Raphael Warnock personally.

Walker is a genuine conservative who, as an athlete and businessman, has learned the lessons of hard work, discipline, and commitment. These qualities are required for success at the individual and national levels. He has a deep faith in the American system and a sincere belief that opportunity is available to everyone willing to work hard.

Warnock is an extraordinarily left-wing Big Government Socialist dedicated to woke principles. He is left of Sen. Bernie Sanders. Warnock’s willingness to kick people out of church-owned housing for being as little as $46 short on rent payments is proof of his hypocrisy.

America’s future will be significantly better if we have Walker’s courage, candor and directness in the Senate for the next six years. It will be much worse if we have Warnock’s hypocrisy, viciousness, and automatic support of left-wing policies.

After two years in office, Warnock has proven he is representing Washington, not Georgia. He has gone along with President Joe Biden and Democrat Leader Chuck Schumer 96 percent of the time. Further, Warnock’s financial bases are New York City and Hollywood – and his votes and efforts will reflect that.

Walker will be focused on Georgia. His lifelong ties to the University of Georgia and his continued interest in investing in his hometown of Wrightsville prove his Georgia focus.

This election matters. Every Georgia voter should cast a ballot.