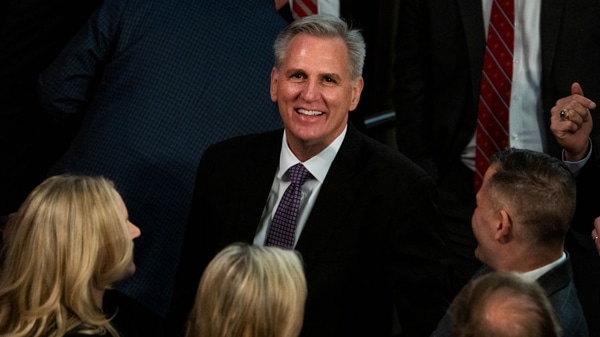 This open process to select a Speaker of the House is nothing new to America. The process is frustrating, but it is so much better than dictatorship.

Watching the U.S. House of Representatives repeatedly vote for speaker is frustrating (and roll call votes can be incredibly tedious). However, the process is also a celebration of freedom.

It is hard to explain this wide-open, chaotic American system of freedom to dictators such as Vladimir Putin, Xi Jinping, and Kim Jong-un. In their world, obedience comes from the end of a gun. Defiance can lead to a torture chamber or a concentration camp.

Yet, this chaotic process of freedom somehow survives and flourishes in ways that are at times amazingly creative.

Even within our own system there is a huge gap between machine politics and populist creativity.

In many ways, the McCarthy path to the speakership is healthier than the machine Speaker Nancy Pelosi built.

However, the reality is that numbers matter. In a narrowly divided House, the 20 who are willing to impose on their colleagues have the votes to do it. Their challenge is to figure out what success will be – and define that success in such a way that the 90 percent of the Conference they have been fighting will agree to it. Otherwise, chaos is their beginning and end.

As I am writing this, the negotiations seem to be making progress. A number of the dissidents are now going to vote for McCarthy. They aren’t quite there, but this is the first real movement in 11 ballots. So, it is encouraging. It strengthens McCarthy’s position that he is the only one who is going to be speaker.

There is a general agreement that the process has led to even more protections for individual members – and even more opportunities for members to have an impact. This is a stunning contrast with the Pelosi dictatorship and the way various dictatorships around the world operate.

This open process is nothing new to America. There have been 14 other multi-ballot speakership elections. The record will probably always be held by the 1855-1856 election, which took 133 ballots and two months to resolve.

Multiple ballots also don’t tell you what will happen in future elections. In 1923, it took nine ballots to get a Republican speaker. Two years later, the House Republicans picked up 22 seats and Republican President Calvin Coolidge won election in a landslide.

Once McCarthy has become speaker, he will be able to focus on the Commitment to America and begin the process of investigation and legislation. This will rapidly convince conservatives and Republicans that the House is working to save America.

The process is frustrating, but it is so much better than dictatorship. We should all revel in it and rejoice that we are a free people openly arguing over who gets to lead.