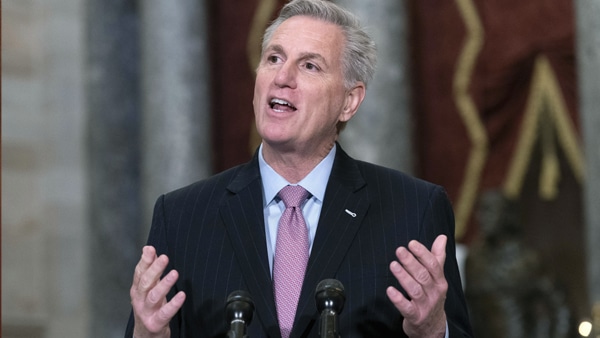 Once again, the media is frenzied over this year’s debt ceiling debate – and is insisting that any Republican opposition to raising the debt ceiling is pure recalcitrance. Speaker Kevin McCarthy and House Republicans should emphasize a few key points to win the support of the American people despite the bias of the media.

There are some key principles all Republicans can advocate to show problem solving leadership while they win the debt ceiling debate.

The Congressional Budget Office projects current spending would add $15.74 trillion to the deficit from now to 2032. So, it’s clear the current spending model that Democrats have created is totally irresponsible. As CBO has warned since last decade, “the current trajectory of federal borrowing is unsustainable and could lead to slower economic growth in the long run as debt rises as a percentage of GDP.”

It is not unreasonable to demand rational cuts to spending. Even the Democrats know that in a nearly $6 trillion budget there are many items which can be cut without serious difficulties. The Joe Biden position of no negotiation is an insult to every American who believes the time for confrontation is over. We owe it to our children and our country’s future to find a way to work together.

Overwhelmingly, Americans believe government is too large and wasteful – and spending can be cut. Gallup found in 2014 that Americans on average think the federal government wastes 51 cents of every dollar.

Further, as our America’s New Majority Project found in a January 2022 survey, by 58 percent to 26 percent, Americans say cutting wasteful spending and corruption would be enough to balance the federal budget. A follow-up survey found that by 67 percent to 29 percent Americans think limiting federal spending will reduce inflation.

We also found that 70 percent of Americans think we should have a constitutional amendment to require a balanced budget. (This includes 67 percent of Democrats, 70 percent of Independents, 74 percent of Republicans, 66 percent of Black voters, and 62 percent of Latino voters.) It doesn’t get much more popular than this.

Importantly, warning people of bad economic impacts if the debt ceiling is not increased has nearly no impact on their opinions.

It’s clear that most Americans would be with a Republican House and Senate that demanded rational cuts to spending in exchange for the debt limit increase. Biden and the Democrats are simply testing whether they can push around the new Republican House majority.

There is little support for the Biden-Democrat argument that it is impossible to cut anything and there is no waste or corruption in Washington. Their base is approximately 20 percent to 25 percent. Our base is 60 percent to 70 percent – if we can convince those opposed to any debt ceiling increase that a big enough step toward a balanced budget is a win.

Republicans should offer example after example of indefensible waste in government and insist that President Biden negotiate in good faith.

There is a commonsense middle ground that would move us toward lower deficits and ultimately a balanced budget – but Biden’s got to be willing to go there.