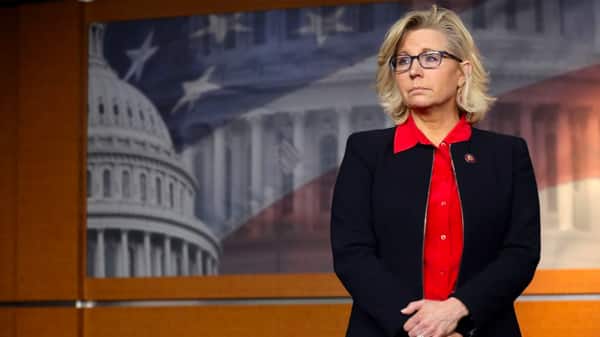 The Jan. 6 Committee’s show trial has been worthy of Soviet dictators. Let’s take a step away from Lenin and Stalin and back toward George Washington and Thomas Jefferson.

I have watched with horror the totalitarian pattern of the Jan. 6 Committee.

As I wrote last month, this is a staged show trial worthy of Vladimir Lenin who developed the technique (later used to great effect by Joseph Stalin) while creating the Soviet dictatorship.

“The trial of [Former Supreme Ruler of Russia Alexander] Kolchak’s ministers was the first and the prototype—of the political show trials that were to reach their apogee in Stalin’s purges. The purpose of the exercise was to judge not only the responsible individuals, but the entire counterrevolution.

“It was political theater intended for the instruction of ‘the masses,’ several thousand of whom were compelled to attend. The defendants, knowing they were doomed, addressed a different audience.”

When I watched Liz Cheney, who is the leading anti-Trump, anti-Republican member of the committee and clearly the driving force behind its most aggressive and dishonest tactics, said of her fellow Republicans that if they disagreed with her about “doing the right thing” (as she defined it) “your dishonor will remain,” I was stunned.

How could she arrogate to herself the ability to judge and condemn everyone who did not reach the same conclusion she did? How could she believe she held the keys to moral truth and everyone else was risking “dishonor?”

I realized then that this was not a congressional committee hearing but a show trial. That notion led me to Engelstein’s amazing history of the collapse of Tsarist Russia. She describes the two revolutions (moderate in the Spring and Bolshevik in the fall), the ensuing civil war, and the final stage of imposing totalitarianism by destroying the same peasants the Bolsheviks claimed to have favored.

The parallels between the use of language by the woke Big Government Socialists and the propaganda techniques of the Leninist-Stalinist revolution are real and frightening.

Study Lenin’s use of the word “kulak,” which evolved from a benign description of middle-class farmers to any rural person who did not accept the Bolshevik regime. Lenin’s answer was to methodically destroy them.

Listen to the blood-thirsty tones of the Left and the constant anti-Republican propaganda and you can see a parallel evolution.

You may think I am exaggerating, but consider the facts.

The Committee sessions are shows designed by a TV professional.

There is selective editing of video and papers to condemn the Trump team as unacceptable.

As Susan Ferrechio of the Washington Times reported:

“[The Committee] has interviewed more than 1,000 witnesses and obtained more than 25,000 documents related to last year’s riot at the U.S. Capitol — yet most of the evidence remains a secret.

“The committee has kept hidden the vast majority of its testimony, including entire transcripts of depositions that are now under dispute by more than a dozen people.

“Among the most prominent objectors are two Secret Service agents who are refuting a sensational claim made at a public hearing Tuesday by a former White House aide turned star witness for the committee.”

House Republicans should move a privileged resolution to release all the documents and interviews. Make the committee members explain why they want to keep the country from knowing all the facts.

Let’s end the show trial and get back to a committee hearing with cross examinations, open information, and real accountability for the committee and its staff.

Let’s take a step away from Lenin and Stalin and back toward George Washington and Thomas Jefferson.