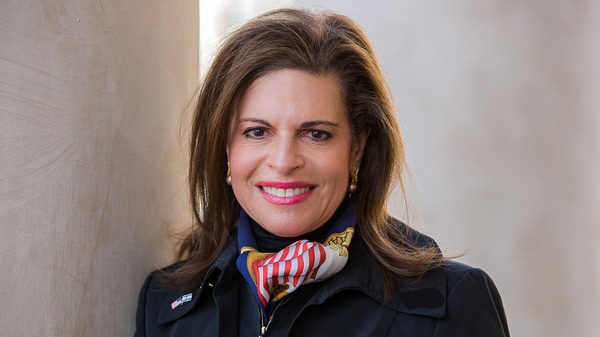 The Republican tsunami seems to be moving into every part of the country – from Oregon and Washington State to Rhode Island.

The Republican tsunami seems to be moving into every part of the country – from Oregon and Washington State to Rhode Island.

There are regular patterns which begin building after Labor Day. As people start thinking about voting, their calculations change. This year is no different. The 401k statements that were delivered at the beginning of October are going to reinforce and intensify feelings of unhappiness with Joe Biden and the Democrats. Those feelings will build an even bigger Republican wave.

Races that should be locks for the Democrats are suddenly becoming competitive.

I recently received an email from Barry Casselman, an old friend and long-time election analyst who writes a regular newsletter on politics. On Saturday, he wrote to me, “Now Connecticut?” He explained that a new poll found that Democrat Sen. Richard Blumenthal was only leading Republican challenger Leora Levy by five points (49 percent to 44 percent). Two weeks ago, a poll had him above 50 percent and leading by 13 points. Casselman simply asked, “Can CT be in play?”

I checked with people who know Connecticut politics a lot better than I do, and the answer was surprisingly affirmative.

This is a year when any Democrat incumbent below 50 is potentially vulnerable. In addition to Levy on the Connecticut ticket, Republican gubernatorial candidate Bob Stefanowski now trails Gov. Ned Lamont by only six points (40 percent to 46 percent), according to a Connecticut Examiner poll.

Importantly, the poll was taken before the brutal killing of two police officers in Bristol, Connecticut. The police declined to let Gov. Lamont speak at a memorial service for the officers, because Lamont signed a law during the Black Lives Matters protests that restricted law enforcement and let criminals go free.

Crime and Inflation seem to be moving Connecticut voters just as they are moving voters across the country. And, for Connecticut, being in New York City’s television coverage area has an impact. Watching coverage of New York’s continuing carnage heightens the impact of crime on Connecticut politics.

In this crisis environment, Sen. Blumenthal is hurt by his 37 years in office. Like Democrat Patty Murray in Washington state, he has nothing to show for more than six terms in the U.S. Senate. People are looking for action – not excuses.

Nearly two-thirds of Connecticut residents say the country is on the wrong track (65 percent). By 48 percent to 43 percent, voters also report that they want to elect a Republican who is focused on lowering prices rather than a Democrat who will keep abortion legal. The head-to-head ballot between Levy and Blumenthal is a single-digit race despite Blumenthal’s massive spending advantage against a first-time candidate. Only 42 percent of Connecticuters think the incumbent has earned another term. Fifty-two percent want to give someone else a shot.

This is all in a state with no traditional in-person early voting and strict absentee ballot rules. It will be decided on election day – and turnout is expected to be high.

All this makes Connecticut a great potential pickup for Republicans. At the same time, you see Tiffany Smiley running a great campaign in Washington state. You see Herschel Walker outperforming his competition in Georgia. And you see former Democrat Tulsi Gabbard campaigning with Republican Gen. Donald Bolduc for the New Hampshire Senate seat.

There is a tide coming. What we don’t know is how big and how decisive that tide will be.

If the tsunami is big enough, even comfortable, well-funded Democrats who thought they were safe may suddenly be in trouble.

When people start making up their minds based on their own lives – and their own pocket books – then all the advertising in the world simply does not work.