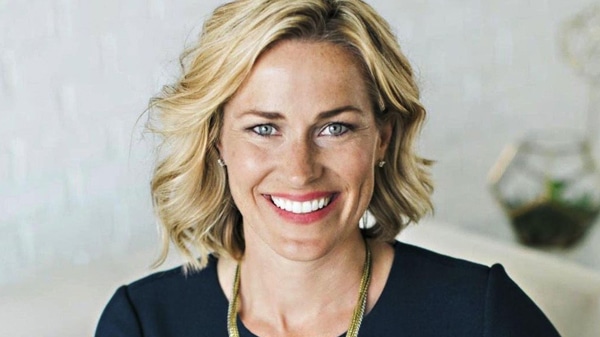 Electing Republican Tiffany Smiley for Senate from Washington state will be historic – and a real sign of the broad unhappiness with Joe Biden and the Democrats.

Tiffany Smiley, the Republican candidate for U.S. Senate in Washington state, could potentially win one of the biggest upsets of 2022.

Electing a Republican senator in Washington state will be historic – and a real sign of the broad unhappiness with Joe Biden and the Democrats.

Normally, you would think incumbent Democrat Sen. Patty Murray would be a shoo-in. She won a fifth term in 2016 with 58.8 percent of the vote. A year ago, no one was paying much attention to the senate race in Washington state, because there was general agreement there would not be much of a race.

Since then, four things have changed the landscape of politics in Washington state.

First, the level of crime and anarchy in Seattle led Seattle voters in 2021 to elect Republican Ann Davison as city attorney. She ran on a law and order platform. It was the first GOP victory in Seattle since residents elected a Republican mayor in 1969.

Second, the cost of living crisis which has plagued the rest of the country has also hit Washington state (and Seattle already had one of the highest cost of living rates in the country). But there are also some unique pressure points. The price of gasoline in Washington state is the fifth highest in the nation. Whether it is food, housing, or the dramatic increase in health care costs, there are a lot of practical real-life reasons for Washingtonians to be unhappy with the Democrats.

Third, Sen. Murray has been in the Senate a long time. She first won in 1992. In that time, she’s only passed nine bills. So, she’s a 30-year senator who hasn’t delivered much. Washingtonians who want to see things change might think twice about re-electing her. Furthermore, Georgetown University’s Lugar Center, which measures bipartisanship on Capitol Hill, has consistently ranked Murray as one of the least bipartisan senators. Voters are watching their quality of life decay every day. They are tired of political bickering and failure.

Fourth – and the most important reason – Tiffany Smiley, who is a triage nurse, is a deeply impressive candidate whose agenda is totally focused on solving Washington State’s problems (or as she puts it, making Washington DC work for Washington state).

On the economy, she plans to cut wasteful spending to curb inflation, make sure able-bodied people on government aid are incentivized to go to work rather than stay home, reclaim jobs through fair free trade agreements, and support families and parents struggling with childcare expenses.

Smiley also plans to help rebuild the state’s law enforcement system through hiring and retention bonuses via federal grants. She’s going to work with City Attorney Davison to make sure repeat offenders in Seattle go to jail – and stay there. She also advocates making municipalities that defund or shrink their police departments legally liable for personal and property damages caused by unchecked, rampant crime.

At the same time, she plans to repair and reinforce the education system so that every student can learn – and every parent knows what his or her child is learning.

Virtually everyone I have talked with is impressed with Smiley’s personal story and her appeal as a thoughtful, kind, and intelligent person of deeply patriotic convictions.

Smiley already has a powerful story of taking on Washington bureaucrats and winning. After her husband Scotty was blinded by an IED in Iraq, the Army wanted to discharge him. Tiffany and Scotty fought back – against bureaucrats at the Department of Defense, Veterans Affairs, and other federal agencies – to achieve something no one thought they could. When they were finished, Scotty became the first blind active-duty officer in the American military.

I began to realize how serious Smiley’s candidacy was when two people in Seattle I spoke with used almost exactly the same language to describe the Washington U.S. Senate race. One was a liberal lawyer who had always voted Democrat but was now for Smiley. The other was a moderate Republican.

Both said Smiley was intelligent, energetic, impressive – and that she would work effectively for Washington state. They said Sen. Murray, by contrast, has been in office too long – and has nothing to show for it.

On election night, keep your eyes on Washington state. History may be made there.