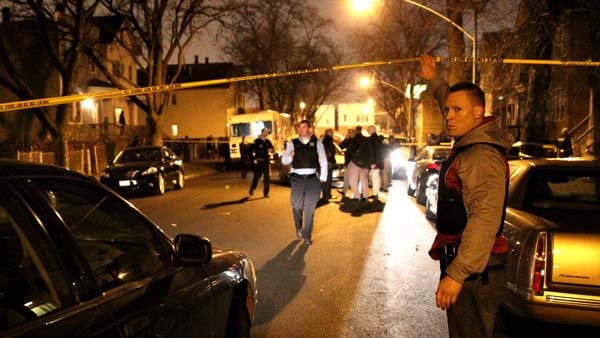 As I watch the continuing efforts to defund or abolish police across the country, I have been struck by the radical Left’s willingness to stick with its dangerous ideology even when Americans are killed because of it.

According to Fox 32 Chicago, over Father’s Day weekend, there were 104 people shot and 14 killed in the Windy City. Tragically, these statistics include a 3-year-old who was shot while in the backseat of his father’s car. This follows the last week of May, in which 85 people were shot in Chicago, with 24 of them perishing.

Fox 9 in Minneapolis reported there were a half a dozen shootings over the weekend that left 21 injured and two dead. These horrible casualties include a 17 year old who was shot while driving. The people in the car with him when he was shot dropped him in the street and left him for dead. And, early on Sunday, there were 12 people shot while standing in line at a restaurant. One died. The weekend before, six people were wounded, and one was killed in other shootings.

In New York City, there have been 51 shootings since June 15, with at least 24 victims in 18 incidents on Sunday alone, according to ABC 7.

The list of mayhem and death goes on. I can’t help but wonder how many of these senseless murders could have been prevented if police in these cities had been supported by the politicians who command them. Instead of ordering police off the streets and threatening to cut their funding, the Democrats who run these cities should be working to reinstitute the rule of law and protect the innocent law-abiding Americans who they are supposed to represent.

Unfortunately, the radical Democratic Left is sticking to an ideology that stubbornly favors criminals and hates the law. As I wrote in my new book Trump and the American Future, which released on Tuesday:

“One of the most dangerous trends of the radical Democratic Left is a pervasive desire (or ideological obligation) to vehemently protect people who break the law, contemptuously disregard the rights of law-abiding people, and actively hate those who work in law enforcement. When members of the radical Left talk about crime and punishment, they have a clear formula.

“Today’s radical Democratic Left insists that those who break laws are to be automatically regarded as victims of systemic flaws or intentional acts of oppression within our criminal justice system. Law-abiding citizens who begrudge people who break the law are heartless, privileged people who are simply too ignorant or self-absorbed to understand the plight of criminals. And police are all vicious, hateful agents of tyranny who are only trying to enforce the flawed system of oppression.”

Keep in mind, I wrote this book before the horrendous killing of George Floyd and the start of the defund-abolish police movement. I wrote it before Democratic leaders in Seattle surrendered city hall, a police precinct, and six blocks of its commercial downtown to armed, violent anarchists. I wrote it before the Minneapolis City Council President said people who are worried about being robbed or raped are simply expressing white privilege.

If the radical Democrats continue on this path and allow this pattern of tragedy to grow, I suspect the American people will simply be sick of it by election day. According to a YouGov poll conducted last week, 53 percent of Americans oppose defunding police departments. Only 24 percent support defunding police. A full 73 percent oppose abolishing police – a radical Democratic clarion call which only 11 percent of the country supports.

Some Democrats may begin to understand that this chaos is not sustainable, but I’m concerned that there will be long term consequences to treating law enforcement with such contempt. If we continue to treat police as the enemy, cut their budgets, and erode public trust in our institutions, I’m afraid there simply won’t be any courageous, self-sacrificing Americans left who are willing to do the job.

If police are not here to serve and protect us, criminals will rise to exploit and endanger us. History has shown us time and time again, criminals will not stand up to the organized forces of society. But, if society refuses to stand up for itself, chaos and violence will reign. As a result, honest, law-abiding people will suffer. Liberty will be replaced by control, and justice for all will be replaced by vengeance for some.

As I write in Trump and the American Future, we have the choice now to defend and improve our civilization, or concede to the radical mob and see America as we have known it destroyed.

I hope every American will decide to defend our country, accept and learn from our mistakes, and keep the promise of supporting liberty and justice for all now and forever.