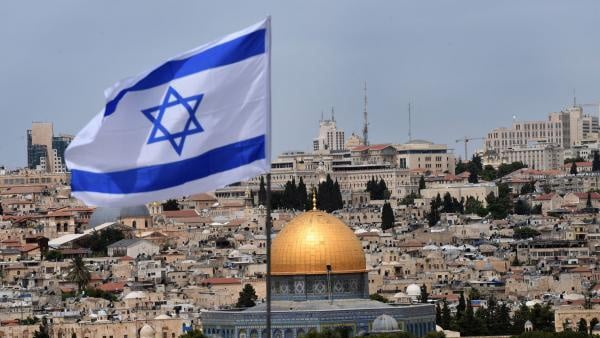 Israel’s plan to apply its sovereignty to parts of the West Bank — what critics are incorrectly calling “annexation” — is much less exciting than the naysayers would have you think. In short, Israel plans on fully applying its civilian law to Jewish settlements in the area.

The scope and timing of the planned move remain unclear, but regardless, treatment of Palestinians living in the West Bank won’t change — they’ll continue being governed by the Palestinian Authority. Plus, nothing precludes the two sides from negotiating peace via a two-state solution.

There’s just one caveat: The Palestinians will have to accept for the first time that a future Palestinian state may not be ethnically cleansed of Jews. If the Palestinians can’t stomach a future statue with some Jewish communities in their midst, then they’ll have to choose between hatred and statehood. So far, the former is undefeated.

Critics — from the UN, the media, and Democratic offices in Congress, among other places — are predictably castigating Israel and portraying the Palestinians as helpless victims. They claim Israel is “annexing” Palestinian land, despite the fact that the land to which Israel plans to apply its laws isn’t legally the territory of any other state. Indeed, there is no such thing as a Palestinian state.

In fact, Israel has territorial sovereignty over the West Bank (and the Gaza Strip and East Jerusalem, all of which are disputed areas) until the Jewish state decides to abandon or cede its claims. This reality dates back to the British Mandate of Palestine as approved by the League of Nations, which established that the territory would be reconstituted as the “national home” for the Jewish people. According to international law, the legal situation of the land didn’t change after the modern rebirth of Israel in 1948 and the subsequent failed Arab war to destroy the nascent Jewish state.

Curiously, when Jordan occupied the West Bank from 1949 to 1967, during which time the land was ethnically cleansed of Jews, there were no calls for an Arab or Palestinian state there. But when Israel gained control of the territory following its war for national survival in 1967 (better known as the Six-Day War), the land suddenly became disputed and occupied.

After the war, Israel could have applied its civilian law to all or part of the West Bank — in other words, what it’s planning to do now. Israel didn’t do that, however, because it expected the Arab states to sue for peace. (Then-Israeli Defense Minister Moshe Dayan famously said he was “waiting for the telephone to ring.”) After all, Israel just crushed the Arab armies — one would think they’d realize they have no choice but to accept peace.

Instead, the Arab League responded with what became known as the "Three Nos:" "no peace with Israel, no recognition of Israel, no negotiations with it."

Israel was in a tough position. It obviously couldn’t give land back to the Arab states or the Palestinians, who were only just beginning to emerge as an independent people within the Arab world. Doing so would be suicidal. But Israel genuinely wanted peace and was willing to give up land to achieve it — as evidenced by Jerusalem later giving Egypt the massive Sinai Peninsula. So, Israel found itself in an awkward position, unwilling to apply its sovereignty because it wanted to make a deal for peace and unwilling to cede the land because doing so would be strategically insane.

In the 53 years since the Six-Day War, Israel has always had the legal and historic right to apply its sovereignty to all or part of the West Bank. Instead, the Jewish state offered the Palestinians even more territory than the full area of the West Bank and Gaza, among numerous other concessions, in exchange for peace. The Palestinians said no.

Today, the Palestinian leadership refuses to accept the legitimacy of a Jewish state on what it deems Muslim, Palestinian land. And recent polling shows that the majority of the Palestinian people reject a two-state solution and believe all of historic Palestine, which includes Israel, should be “liberated.”

So, what is Israel to do? Proceeding with its current plan may be politically wise — we’ll see — but the Palestinians have had ample opportunities to achieve statehood. At the very least, by Israel applying its sovereignty to specific areas of the West Bank, the Palestinians may realize that there are costs to their rejectionism.