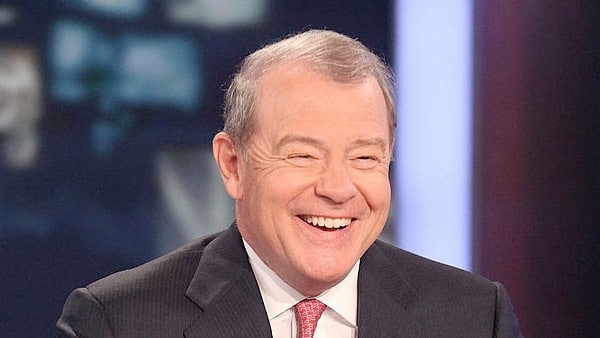 Well look you see he has taken on the entire establishment. His speech at Mount Rushmore took on the anti-American left, in most aggressive, vigorous way of any president in modern times. He has taken on the whole power structure of Washington and has followed policies that are a very sharp break from the establishment, both tax cutting, deregulation, changes in our trade policy, changes in our national security policy. I think he is the most disruptive president since Andrew Jackson, and I think that he has faced a counterattack starting before he was even elected because the establishment knew he was a mortal enemy of all the things they wanted. So that is what this fight is about. If you really want the deep state to succeed, and you really think an anti-American left such as Joe Biden’s July 4th statement is where we ought to go, you have got a team. On the other hand, if you think we have to recapture the ability to tell the truth about America, despite “The New York Times,” “The Washington Post,” and all their allies, then I think Trump has to be the person you vote for. So, it is a huge disruption from where the left thought they would be going.

First of all, he is certainly on message at Mount Rushmore. I think it’s a very powerful, pro-American message that most people will respond to. Second, I would hope that he would establish five or six big goals, one of which ought to be a 12-month holiday from the payroll tax to get the economy rolling. 100% expensing for businesses, so they can bring all their factories out of China and bring them back home. An all-out effort to let every child have a chance to have school choice, so no child is trapped in a bad school, ruining their life because they can’t learn enough to get a job. There are a number of those big things he ought to be for. Then he has to come back again and again, to the Biden, Pelosi, Schumer team. Not Biden by himself, but the Biden, Pelosi, Schumer team and what they stand for. I think as people come to understand what they stand for; they are going to shrink very dramatically in the next 60 days.