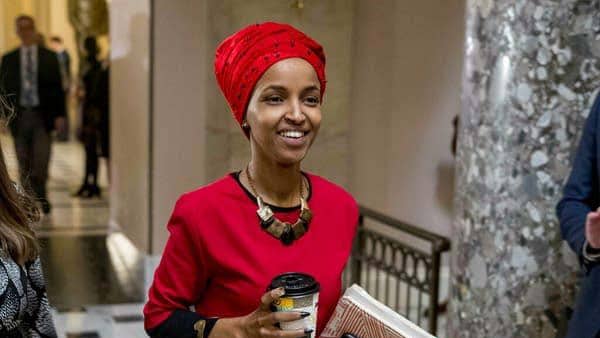 Georgia Democrat Vernon Jones is placing sensible thought ahead of his party and re-confirms his vote for Donald Trump and not Joe Biden for president. – Newt

I Am Black and I Am a Democrat. But ‘I Ain’t’ Voting for Joe Biden This November
By Vernon Davis
Daily Caller

The author, a state representative from Georgia, is black and a lifelong Democrat. He announced in May that he would support Donald Trump for president. Since then, he writes, “my motives have been questioned, my integrity assailed, even my intelligence challenged.” In recent weeks, there have been “absurd calls” to defund and disband police departments across the country. Democrats have been leading this campaign. President Trump “has taken a commonsense approach to heal our nation” and “made clear that he will protect all Americans, serve as an ally to peaceful protesters, and always uphold law and order.” Unlike other politicians, this president backed up his words with actions, such as signing a landmark executive order on police reform. “Where were Joe Biden and the previous administration for 8 years in the White House on this issue?” The media may be defining President Trump as a racist, but, in reality “Joe Biden is the full-blooded bigot.” Just look at his words and actions. Biden is “divisive and ineffective. Meanwhile, President Trump is unifying, pragmatic, and fearless.”

Marsha Blackburn is right; if you can’t uphold your oath to the foundation of the American values embedded in our Constitution, you need to resign from Congress. – Newt

Sen. Marsha Blackburn (R-TN) urged Rep. Ilhan Omar (D-MN) to resign after Omar called for the “dismantling” of America’s political and economic systems on Tuesday. “As long as our economy and political systems prioritize profit without considering who is profiting, who is being shut out, we will perpetuate this inequality,” Omar said. “We cannot stop at criminal justice system. We must begin the work of dismantling the whole system of oppression wherever we find it.” In response, Blackburn tweeted, “Ilhan Omar took an oath to defend and protect the Constitution, not shred it. Omar and her Marxist comrades are a threat to our Democracy. Omar should resign.”

Incoming CEO of the new US Agency for Global Media (USAGM) Michael Pack is cleaning house and holding people accountable “to present US government policies “clearly and effectively” to foreign audiences.” – Newt

In recent years, the American government’s foreign broadcasting services have suffered from a lack of leadership. Michael Pack, chief executive officer of the new US Agency for Global Media (USAGM), wants to fix the problem. “My plan here, and I think everybody in the White House and everybody else knows this, is to hold these agencies accountable to fulfilling their mission, and in [Voice of America’s] case, its charter, and that’s what I plan to do,” Pack said in an interview. The federal government’s networo of media outlets receives about $800 million each year in taxpayer funds to send news and information to foreign countries, including closed ones like China and Iran. Critics say some of the outlets, like Voice of America, spend too little time explaining American views and policies and reporting hard news, instead focusing on “fluff” soft news. Pack, who assumed his new role two weeks ago, said “more assertive news reporting, especially to China, is needed to counter foreign disinformation and to promote American ideals.”

The reduction of trade barriers among the USMCA’s parties will strengthen US, Mexican, and Canadian supply chains and bring back manufacturing jobs to North America from China. – Newt

The new US-Mexico-Canada trade agreement took effect last week. American business and political leaders should be eager to take advantage of its benefits. The deal will “hasten economic recovery from the [coronavirus] pandemic” and “counteract the Chinese Communist Party’s aggression.” North America had become too reliant on China for medical equipment and drugs. China has hurt companies through intimidation and censorship. “The reduction of trade barriers among the USMCA’s parties will strengthen US, Mexican, and Canadian supply chains, returning manufacturing jobs to North America from China.” Amid the pandemic, all three North American partners must undertake an economic recovery together. This will require economic and diplomatic cooperation.

The media has attacked Georgia for reopening early, yet its death rates from COVID are far below the national average — and below those in Democrat-run cities. Why is this not reported? Because it doesn’t fit the liberal media agenda to sway the November election. – Newt

Blue, northeastern states were ravaged by the coronavirus pandemic more than anywhere else. Elite publications from these wealthy capitals charged that “poor, southern, and red states were committing their citizens to slaughter by not following the policy dictates of the northeastern mandarins, even as those policies seemingly failed.” Georgia, which lifted its statewide lockdown first, was especially targeted. But Georgia’s “sky has not fallen. Let’s acknowledge this medical reality.” Prestigious media outlets continue to publish inaccurate analyses. “Absent an effective vaccine or transformative treatment, and given the economic devastation of long-term lockdowns, why not focus public-health efforts going forward on the vulnerable, and allow young healthy people to resume life, taking certain precautions? This is what Georgia has done.”