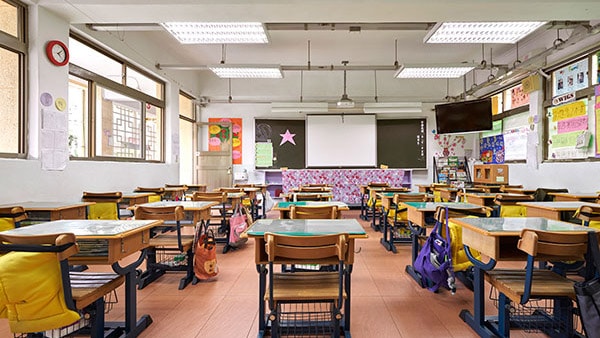 The United States is gradually grinding to an educational collapse as the giant bureaucracies and extraordinarily powerful teachers’ unions ignore children and education in pursuit of power.

Many of the wealthiest school systems have decided that they simply will not go back to school this fall. They will offer virtual classes even though the evidence is overwhelming that for younger children virtual classes are dramatically less effective than in person instruction.

Nearly every organization of pediatricians and children-oriented specialists have said it is vital for children to be back in school.

However, to the teachers’ unions, the children don’t matter. Power matters.

Children have been getting cheated at least since the 1983 “A Nation at Risk” report, which pointed out that if a foreign power damaged our children as much as our schools were, we would consider it an act of war.

For 37 years, children have come last, and the bureaucrats and unions have come first.

Now, we are seeing this anti-student, anti-learning power structure in its full aggressiveness as big, well-funded school systems simply refuse to go back to school.

Notice of course that they are not refusing to accept money. All the teachers and bureaucrats want full pay without having to actually deal with students. They don’t mind sending their so-called instruction through Zoom, Gotomeeting, or some other service (despite that most of these systems and teachers have no particular training in the effective use of online learning).

There are also three enormous human costs to the bureaucracy-union stranglehold over education and the refusal to put the children’s interests first:

First, virtually every serious study shows that poor children in impoverished neighborhoods have the greatest need for face-to-face education. They have the least ability to learn by video, and all the reports this spring have reinforced this fact. The children who were already being cheated by the expensive unionized bureaucracies in cities such as Baltimore (the fourth most expensive bureaucracy per child in the country) will now simply have their lives crippled by the absence of courage and commitment on the part of those recruited and paid to teach them.

Third, there are a host of practical services, especially for low-income students, such as school breakfast and lunch, seeing the school nurse, having a safe place to go while your parents work, and seeing the school guidance counselor that all come from the school system. When these are cut off, the lives of the poorest children become much more difficult.

It is tragically ironic that at the time people are pledging to help overcome racism and seeking to help the African American community, the teachers unions in our biggest cities (where much of our African American community lives) are following a strategy of blackmail and cowardice. They shift between being afraid to do their jobs (in which case they could resign and let other people do them) and using the situation to exploit the larger society.

Here are two examples of this unconscionable, despicable blackmail:  The Los Angeles Teachers’ Union demands more money through defunding the police and capping charter schools as part of any reopening plan; and the North Carolina Teachers’ Union members demand universal health care and welfare for people in the country illegally before they will reopen the schools.

There are three things we can do to return the focus to the children and their education despite the bureaucracy and the teachers’ union:

No. 1, as the US Department of Education has explained, 10 percent of America’s K-12 students attend non-public schools – this includes millions of students who are from lower- and middle-income families. In Florida alone, 20,000 of these students could lose their scholarships due to the impact of the coronavirus. The pandemic has impacted all American students. The parents of students in non-public K-12 schools need relief, too. Any further federal relief must include these families. We should be funding students – not school system bureaucracies.

Further, as parents lose income from furloughs and lay-offs, the students of lower-income families are most likely to have their educational options cut short – either through loss of scholarships or school closings. We need direct aid to families for education expenses (including career, technical, and special education). This could prevent the closure of hundreds of faith-based and independent schools which millions of low- and middle-income students attend across the country.

No. 2, the new recovery bill should include a provision that any school district that refuses to open its schools for in-school learning should lose its federal aid – which would then be converted into a tax credit for the students in that district if their parents want to home school, establish a small community school with others, or go to a private school.

No. 3, the tax cuts in the new recovery bill should include a permanent tax credit for those families who want to provide an education outside the bureaucratic, government-run, unionized system.

If we debated education by putting the students and learning first, these are the kind of policies we would develop in response to bureaucratic, unionized self-centeredness.

Every day we fail to act, our children fall further behind their Chinese counterparts – and our survival as a free country becomes a little more endangered.

Every day we fail to act, poor children are further trapped in a self-serving bureaucratic cycle and are further kept from a prosperous future.

If teachers don’t want to teach our children, we should fire them and hire ones who will.