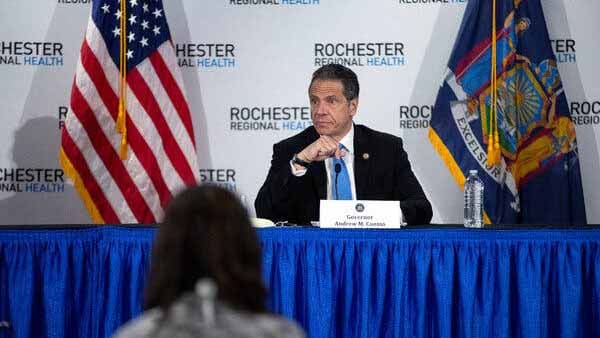 Despite constant criticism, President Trump and Secretary Pompeo have shown a strong historical commitment to the promotion of human rights and religious liberties across the global — and there are positive results. – Newt

President Trump’s critics denounce his “alleged autocratic tendencies” and claim he hurts the promotion of human rights around the world. As is often the case, his critics are wrong. “The Trump administration has demonstrated a strong commitment to human rights, making the promotion of religious liberty and the rights of conscience the lodestone of US diplomacy.” Indeed, President Trump has championed religious minorities who have been persecuted across the globe. He has also adopted a tough posture toward China, which violates human rights in egregious ways. Last year, the president’s top diplomat, Secretary of State Pompeo, created the Commission on Unalienable Rights, whose newly released reports places human rights at the center of American foreign policy. If the commission is any indication, the Trump administration will offer “hope to those struggling to be free across the globe, while confounding its critics.”

Joe Biden’s extreme climate change plan was written by the radical left. It would eliminate jobs, destroy our energy industries, make us depend on foreign resources, and be an economic disaster beyond repair. – Newt

Joe Biden’s new plan to combat climate change would ravage the economy far worse than the coronavirus. Biden’s original plan, which he unveiled during the primary, was to spend $1.7 trillion over a decade and phase out fossil fuels by 2050. Since then, he has moved further to the left. “Released Tuesday, Biden’s new plan comes with a whopping $2 trillion price tag in the first four years and moves the deadline for switching to 100 percent carbon-free power up by 15 years to 2035.” This would result in massive investments in new facilities and job losses for millions of workers currently working in energy production. Wood Mackenzie, a global consultancy group, found in a recent analysis that transitioning to a 100 percent renewable power grid would require an “investment of up to US$4.5 trillion over the next 10 to 20 years.” In reality, it will surely cost more. “Should even Biden’s current concessions prove insufficient for” the far left, expect to see him “unveil even more extreme ‘amendments’ to his new climate plan before the November election.”

When you “redirect funding for the police,” you’re taking funds away from the police. Redirect is the same as defund. – Newt

Fact Check: ‘Redirecting’ Police Funding Is the Same as ‘Defund the Police’
By Joel Pollak
Breitbart

Andrew Cuomo’s failed leadership is well documented. More people have died of COVID-19 in New York than in any other state — at least 6,000 of them in our nursing homes. – Newt

During a recent press conference, New York Gov. Andrew Cuomo (D.) castigated President Trump’s handling of the coronavirus pandemic while touting his own response. “The problem is that Cuomo has been resoundingly — and tragically — wrong about the pandemic himself. And unlike the Trump ‘scandal’ that exists only within Cuomo’s imagination, Cuomo’s failure of leadership has been very real.” More people have died of the coronavirus in New York than in any other state, many in nursing homes. In March, Cuomo’s Department of Health issued a mandate forcing New York nursing homes to admit coronavirus patients. Medical experts rightly lambasted the move. “Many New York nursing homes had become breeding grounds for the virus, which turned out to be particularly dangerous to the elderly and infirm.” In contrast to Cuomo, “President Trump has gone above and beyond to help New York win its battle against the virus, providing federal assistance whenever we needed it most.” New Yorkers must hold Cuomo accountable for his deadly failures.

It should not be surprising that a propaganda media source published opinion pieces coming from the Chinese Communist Party. – Newt

The Washington Post’s opinion section promoted Chinese propaganda last week. “‘I’m from Wuhan,’ reads the headline to a Wednesday opinion article authored by journalist Xinyan Yu. ‘I got covid-19 — after traveling to Florida.’” Yu’s article portrays China’s handling of the coronavirus in a positive light, glossing over the fact that China is responsible for the global pandemic in the first place. Yu also cites official Chinese figures, which are clearly fabricated, and links to Chinese state media. Moreover, the piece describes America as helpless and incompetent, criticizing the country’s response to the coronavirus. One “has to wonder why the Washington Post would give space for a contributor to repeat uncritically China’s laughable assertion that it has defeated the virus it gave to the rest of the world. After all, China has been duplicitous and aggressively dishonest about the virus since day one, and its infections and fatality data are outright farcical.”