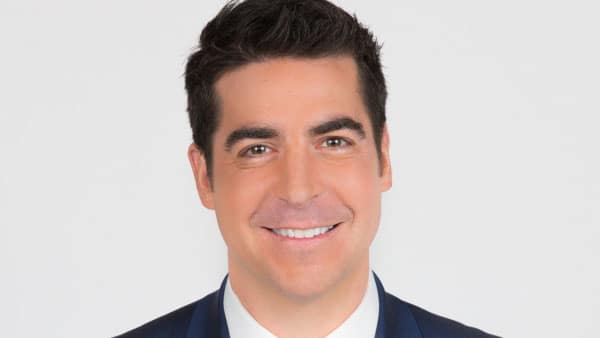 “I’m predicting that it will be a dramatically bigger victory than people currently expect,” Newt Gingrich told Jessie Watters during an appearance on Fox News’ “Watters’ World.”

Well just in the sense of they will collapse politically. From first of all let’s look at Harris. She is the most radical member of the Senate base on voting, which means she’s to the left of Sanders and the left of Elizabeth Warren you know how hard that is. Second, she’s a terrible performer. She was at 15% support nationally last July. By the time she drop out she was down at 4%. Biden actually had 8 times as many African American supporters as she did and in her home state, she was running fourth and 61% of Californians wanted her to drop out of the race. So, I just started with idea that she’s not a good performer. She’s not going to last and she’s way too radical. And in Biden’s case although I think he did a great speech at the convention probably best speech of his career the truth is, if you just close your eyes and imagine that we’re negotiating with XI Jinping the very tough dictator of communist China you say to yourself what I have the U.S. Representative a guy who is tough but has rough edges or do I want a guy who’s pleasant but he falls asleep halfway through the meeting? I just think that Biden is not going to last and when you look at their platform, it is so radical on almost every front, tax paid abortion in 9th month for example. Confiscating guns which is an exclusive Kamala Harris position.  There are a whole range of these things. You know, changing the suburbs through federal bureaucracy which Biden has endorsed. So, I go down that list I say to myself, when people get to know them better, just happened with George McGovern in 1972 they’ll say I don’t think so. I can’t vote for you.

I’m predicting that it will be a dramatically bigger victory than people currently expect because – Well first all you see it beginning to build now. There’s a poll out this week in Minnesota that shows him tied and Washington State the Republicans came roaring back everywhere except Seattle. And does dramatically better than they did in ’18 in special elections we’ve been doing very, very well and I think I just talked to a New York state assembly candidate yesterday who was running in a suburban county outside New York City it was a Hillary Clinton county about 16 points. Trump is now ahead in that county. And he said part of it is the violence that people are watching you know Madison Avenue and 5th avenue be trashed and they’re watching gangs starting to come into their town and saying I don’t anymore of this.

Well, let me say first of all, 207 House Democrats voted for Nancy Pelosi’s HR6800 which does give 1,200 as a bonus to every illegal immigrant. So, if you can break the law get into the U.S. Nancy wants you to be happy. That buys about I think 100 quarts of her favorite ice cream. But look I think your point is exactly right. If we were in a situation where the propaganda media which has replaced news media was able to define everything, they would probably protect Biden up through the election. But the fact is, one of the most remarkable achievements of the last five years, is the fact that president Trump has a big enough communication system that he can literally personally slug it out with all of the networks,  the New York Times, the Washington Post, and fight them to a tie. And so, I have no doubt as the campaign keeps growing, that we can get these messages across and we have a huge advantage. They’re a fact. We don’t have to go to make stuff up and invent some post office phony scandal. We have to just tell the truth about how radical these people are. Then also you know, when you see literally 90 days of Portland rioting every day for 90 days. That begins to be a fact and it was interesting to me that neither Biden nor Harris was willing to say a word about ANTIFA a word about a level of crime. You have a mayor of Chicago announcing that she’s going to have police on her own personal street because she wants her family to be safe. But good luck to the rest of the city. Well I think that stuff sinks in at a level of reality that even NBC news can’t coverup.

If you had their issue positions, you would talk about feelings because every time you talk about an issue you lose votes. So whatever strategy they have they are playing out a losing hand.