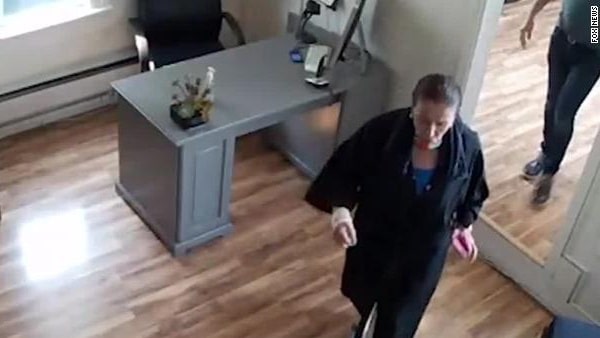 Speaker Nancy Pelosi has given us a unique opportunity to perfectly understand the modern Democrats’ belief in aristocratic superiority.

Her recent hypocrisy in going to her hair salon, which was supposed to be shut down due to San Francisco’s stringent (and Pelosi-supported) COVID-19 rules, is just one more example of Democratic members of the political aristocracy believing they are superior to citizens (the opposite of the founding premise of America).

We knew that this double standard deeply offended most Americans in 1994, and that is why the first commitment of the Contract with America was to “require all laws that apply to the rest of the country also apply equally to the Congress.”

In a year when the political aristocrats have been imposing ruthless rules on the rest of us, there have been numerous examples of these same politicians breaking the rules – or allowing their family members to break them.

Speaker Pelosi’s hair salon visit may be one of those rare sparks which sets off a huge fire.

The outrage that the salon owner, Erica Kious, felt at being closed for months and then having Pelosi blatantly break the rules led to a video ambush which will become one of the major events of the 2020.

Of course, Pelosi is trying to deflect the focus from her hypocrisy by claiming she was “setup.” Now – in addition to struggling to keep her business open due to the restrictions – Kious has been receiving death threats from Pelosi’s radical mob. Even CNN’s Don Lemon has called out Pelosi for her setup claim.

The arrogance of Pelosi’s rule breaking is understandable to every person who gets a haircut – and every small business owner who is facing bankruptcy because of cumbersome, overbearing rules imposed by the political class.

This same arrogance is being exercised across the country by other political elites.

In addition to Pelosi, we’ve seen other Democratic leaders ignore or exempt themselves from onerous pandemic rules.

Democratic California Gov. Gavin Newsom ordered 19 Central Valley counties to disallow indoor operations at restaurants, wineries, and a host of other businesses. Curiously, he did not include Madera County, where he and his wife own stock in a winery consortium, despite it bordering several other counties on the list. His winery only closed after Newsom’s hypocrisy and arrogance were called out.

As most of his constituents in Arizona were quarantined and advised to stay home – and after Democrats pushed to allow remote voting in Congress because they said travel was too dangerous – US Rep. Greg Stanton traveled with his family to Utah to vacation. He even called into a House Transportation Committee hearing while he was on a boat. The message was clear: Regular Americans are supposed to remain locked down in their homes, but members of Congress get to go on vacation.

Philadelphia Mayor Jim Kenney disallowed in-door dining in the city he runs, but he was fine traveling to Maryland to have a meal inside. Americans stay home. Aristocrats dine out.

As millions of Americans have been forced to forego traditional, in-person funerals for their loved ones, more than 50 members of the political elite (including Pelosi, numerous members of Congress, and Washington DC Mayor Muriel Bowser) attended the large indoor funeral for the late Rep. John Lewis of Georgia – and Bowser exempted attendees from DC’s quarantine travel rules afterward. Again, normal Americans have to limit their grieving rites. The political elite do not.

Normal New Yorkers are told they must limit social interactions and public activities, while Democratic Mayor Bill de Blasio goes to the gym.

After lecturing Virginians to wear masks everywhere they go, Gov. Ralph Northam strolls the Virginia Beach boardwalk taking unmasked selfies with his supporters. Again, do as we say – not as we do.

But this hypocrisy goes beyond coronavirus rules.

As violence, looting, and riots pour through Chicago, Mayor Lori Lightfoot ordered a police detail to her neighborhood to protect her home and her family. In addition to this, she banned protests outside her home. Everyday Chicagoans have to cope with violence and a gutted police department. Lightfoot does not.

Similarly, Minneapolis Councilmembers Andrea Jenkins, Phillipe Cunningham, and Alondra Cano all started receiving taxpayer-funded private security ($63,000-worth) after violence broke out in their city. They all support defunding the city’s police department. The same goes for anti-police Los Angeles City Council President Nury Martinez. She had two LA police officers as personal security for herself and her home for two months while at the same time calling to defund the department.

So, the political class deserves security, while normal citizens do not.

Finally, a host of members of the political aristocracy oppose school choice for normal Americans but send their own children to expensive private schools.

Rhode Island Sen. Sheldon Whitehouse and many other Senate Democrats derided and mocked US Education Sec. Betsy DeVos for supporting school choice programs during her confirmation hearings. Meanwhile, Whitehouse himself and his children attended elite private boarding schools. In his own words, Whitehouse chose to send his kids to private schools to offer “the best education that I can for them, and I felt that, in their circumstances, the places that I chose to send them were the best schools for them.” Sen. Robert Casey (D-PA) also opposed DeVos and school choice yet sent his children to elite private schools.

These examples of aristocratic arrogance are exactly what President Donald Trump was referencing during his nomination speech at the Republican National Convention:

“[Biden] takes his marching orders from liberal hypocrites who drive their cities into the ground while fleeing far from the scene of the wreckage. These same liberals want to eliminate school choice while they enroll their children in the finest private schools in the land. They want to open our borders while living in walled-off compounds and communities in the best neighborhoods in the world.  They want to defund the police while they have armed guards for themselves.”

These double standards should form the basis for a privileged resolution in the US House of Representatives. It should state that Pelosi’s breaking the rules brought dishonor on the US House.

Vice President Joe Biden should be challenged to condemn Pelosi’s violation (by the way, his children went to a private school while he opposes choice for the rest of us). And every Democratic House and Senate candidate should be challenged on whether they approve of Pelosi and others’ aristocratic rule breaking and arrogance.

This could have a profound impact on federal, state, and local elections across the country this November. It can also force governments in Democratic-run states to realign and return to working for the People, not the political class.