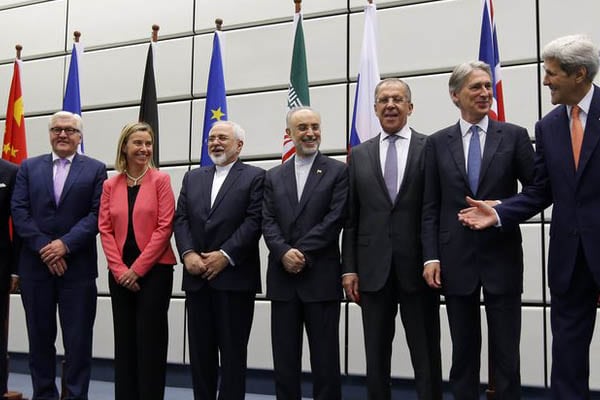 On election night, when President Donald Trump seemed in position to be re–elected, no one was more alarmed than the leaders of Iran.

Facing the prospect of a second term for the Trump administration, the thugs atop Iran’s clerical regime no doubt wondered how they’d endure four more years of the US imposing crippling economic sanctions on Iran, potentially killing more senior Iranian officials, and staunchly supporting their chief regional enemies, Israel and Saudi Arabia.

The next day, however, Joe Biden began overtaking Trump in key swing states. And then Iran’s leaders likely let out a collective sigh of relief — which may turn into shouts of joy on Jan. 20, when Biden is inaugurated.

The regime is relieved because it knows Biden is eager to restore the 2015 nuclear deal, officially called the Joint Comprehensive Plan of Action (JCPOA). Under the deal, Iran agreed to curb its nuclear program temporarily in exchange for the up-front, large-scale removal of economic sanctions. President Trump withdrew the US from the agreement in 2018.

Biden and his top advisers have said for months they want to rejoin the pact, explaining they will comply with its terms as soon as Iran does. And once both countries are back in compliance, Biden’s team suggests, they’ll seek further negotiations over Iran’s other malign behavior.

Perhaps Sullivan, who helped negotiate the JCPOA, forgot that the deal lifts a United Nations ban on assisting Iran’s missile program in 2023, allowing the regime to acquire components and technology for its ballistic missile program.

Sullivan wasn’t done. “We did believe that if you had the Iranian nuclear program in a box, you could then begin to chip away at some of these other issues,” he said of the original deal. “Obviously, that did not come to pass, but it was never fundamentally part of the Iran nuclear deal that we had the expectation that it would.”

In other words, Sullivan and the rest of the Obama administration thought the nuclear deal would allow the US to curb Iran’s other belligerent activities, such as support for terrorism and abuse of human rights. They were wrong.

In fact, Iran became more aggressive after the nuclear deal was finalized, using the billions of dollars it received in sanctions relief to increase its campaign of violence across the Middle East.

Why should Biden, Sullivan, or anyone else think it will get Iran to cooperate now? Certainly not because of logic or empirical evidence. Indeed, the US would have no more leverage after reviving the nuclear deal, and Iran would have no more incentives to make concessions.

Even worse, several Iranian officials have outright said, or at least suggested, that they will only return to the nuclear deal if the US lifts some of its sanctions first.

Iran knows the Biden administration is staffed with several alumni of the Obama administration, which was desperate for any nuclear deal, even a bad one. Hence Tehran’s expectation that Biden’s team will be just as weak and desperate in future negotiations as Obama’s.

Even though Iran is in the much weaker position, reeling from the Trump administration’s campaign of maximum economic pressure, the regime still feels confident it will be able to make demands after Jan. 20.

Iran also sees that Democrats in Congress are pushing Biden to revive the JCPOA. Late last month, 150 House Democrats signed a letter backing Biden’s plan to reenter the deal without any new conditions.

“We strongly endorse your call for Iran to return to strict compliance with the nuclear deal, the United States to rejoin the agreement, and subsequent follow-on negotiations,” the letter states.

Biden and the Democrats’ clear readiness to revive the deal helps explain why Iran is now enriching uranium to 20 percent purity — an egregious violation of the nuclear deal confirmed Monday by the International Atomic Energy Agency. Iran knows that Biden and most Democrats in Congress are afraid of anything resembling confrontation with it and are willing to appease the regime through the JCPOA.

The deal, which was officially implemented in January 2016, forbids Iran from enriching uranium above 3.67 percent purity for 15 years. (This is hardly the first time that Iran has violated the deal.)

Iran is clearly trying to pressure the Biden administration to return quickly to the JCPOA. And Biden’s team seems poised to play right into the regime’s hands. Then, Tehran could possibly keep up the pressure to compel further concessions from Washington.

It’s easy to see why Iran would happily return to the nuclear deal: It lifts economic sanctions while allowing Iran to maintain a vast nuclear infrastructure. Most worrisome, the deal puts Iran on a path toward nuclear weapons — the exact opposite of what its proponents supposedly want.

Consider what will happen if the US and Iran revive the deal. In 2026, Tehran will be free to enrich uranium using advanced, far more efficient centrifuges and to install and operate more of its older models. Then, in 2031, restrictions on the amount and level of enriched uranium that Iran can stockpile disappear.

In short, Iran will be free to build as large and sophisticated a nuclear program as it wants. And the regime will have no incentive to strike another nuclear deal or negotiate its belligerent non-nuclear behavior. Plus, Biden will put his successor in a terrible position with literally no leverage to use in future negotiations.

President Trump’s policy toward Iran has devastated the regime and given the US significant leverage to renegotiate a better deal. But the policy was unlikely to lead to negotiations during his first term. It needed more time. Plus, Iran employed the strategy of waiting out Trump, hoping a Democrat would beat him in 2020.

Well, Iran got its wish. And when large crowds celebrate Biden’s inauguration across America on Jan. 20, they’ll be joined in spirit by some in Iran. Only the revelers won’t be ordinary Iranians; they’ll be members of the regime that cruelly oppresses its own people.