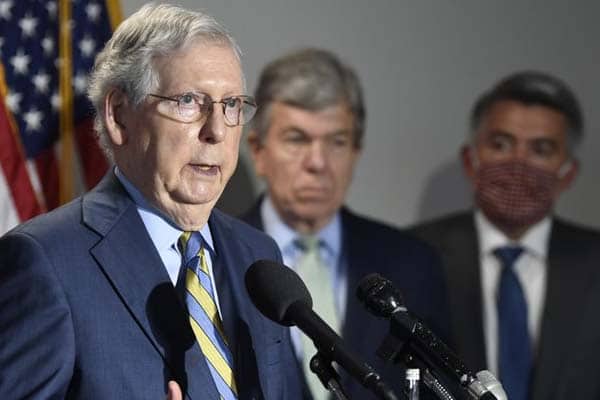 I’ve been doing a lot of thinking about the future of the Republican Party. I realized the party has three possible futures. The first is President Donald Trump returns and continues to dominate everything. A second is what the media and Left want — a GOP civil war between Anti-Trump and Pro-Trump Republicans. I propose a third option – a “Trump Plus” strategy. Find out more in this audio message and join my Inner Circle virtual event tomorrow.

The recent story from Fox News that President Biden has picked for someone to run a White House program who presided over a $600 million loss to a Nigerian scheme is just amazing.

Suzi LeVine was head of Washington state’s employment security department. Supposedly a Nigerian fraud ring that was really well organized. [IT] had used identities stolen in prior data breaches such as the massive 2017 Equifax breach. They made more than 122,000 fraudulent claims made in Washington state for unemployment payments. The Secret Service has announced the Washington state was the main prey of the scandal, but other States were also targeted. At the same time, California has its own unemployment scandal amounting to over $11 billion. And another 20 billion impossible losses.

This is the scale of corruption we’re now dealing with. LeVine and her husband, Eric, gave $400,000 to the Biden campaign and other Democratic causes. This new job would put her in charge of something like a $9 billion annual program, about three-quarters of the labor department budget. It is clearly something that the Senate should stop. And it’s just another example of the kind of problems these, these big incompetent unionized bureaucracies simply can’t function. It’s an enormous problem. And I think this is a good example where this one should be stopped in its tracks.