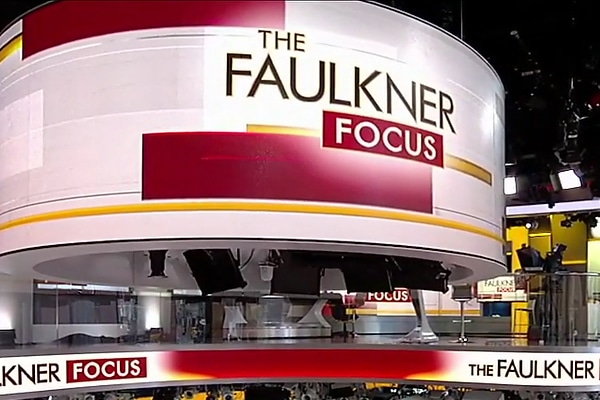 Newt gives his thoughts on the “mock trial” that is the Trump impeachment process and the left’s strategy in distracting from their policies with the trial.

Well, five of the Republicans had already voted earlier that they thought it was okay. So, they had a net gain of one from Louisiana. But first of all, I think the Democrats as the party of Hollywood did a great job putting together a video and then managed to convince us that this was a vote about whether or not January 6th was intolerable, unacceptable and outrageous as opposed to something about Donald Trump. Well, everybody is going to say, I think, that this was a totally unacceptable riot and that everybody who was engaged in rioting should be prosecuted and sent to jail. But the Democrats very cleverly switched what the topic was. Second, I don’t think I’ve ever seen as bad a defense team as the president’s, because I have no idea what they thought they were doing. There is a good case to be made. I thought they were going to make it. I think it is amazing that they only lost one Republican given the absolute lack of a coherent defense.

Look, if I had been the defendant, President Trump, or anybody else and I watched on TV the difference in professionalism, preparedness, articulation by the Democrats and the rambling incoherent opening statement by the president’s lawyer, I would have been beside myself. I’m surprised he didn’t fire him during the afternoon. It was that bad. I think, you know, bad lawyers can lose good cases. That’s the danger here. The case basically I think is very hard for the left to make. The fact is that to say to 75 million Americans we’ll dictate to you who you are allowed to vote for is just not sustainable. It is not going to happen. But on the other hand, the Democrats are trying to scar up Trump to weaken him. I think the long-term effect of that six months or a year from now will be virtually zero. Trump’s greatest ally is Joe Biden, and every time Biden does something that is destructive it further reminds the Trump voters why it is unacceptable to allow the Washington politicians to dictate to the rest of us.

Well first the way you described it, I guess you were reading the “New York Post.” But I suddenly had in my image of a chicken with two left wings and no right wing. Sort of constantly running in a circle. I apologize but I got kind of diverted by that description. Look here is reality: the Biden-Harris Democratic team are committed to radically changing America in every way they can. And they are — what they don’t realize is that they are rapidly building themselves for a disaster in 2022 and 2024 because they are drawing a very wide gap between themselves and the Republicans. This is what Obama did. He lost 63 seats two years later. It is what Bill Clinton did and he lost 54 seats. So, I think that they want the noise of Trump so we don’t notice how many really disastrous things they’re doing. They want us to focus on this mock trial which is what it is. It’s not a real trial. You can tell it is not a real trial because the so-called judge has already said he is for convicting Trump. How could he be a judge in a real trial? But the longer that noise goes on, we don’t notice the utter, total disaster of the teacher’s unions, which is Biden’s biggest weakness. We don’t notice other things going on like the dominance of the Chinese communists. We don’t notice the radical things like eliminating title IX for woman’s sports. All of this is going on under the noise of attacking Trump.

Why should it surprise us? Biden refused to condemn Antifa, he refused to condemn the violence surrounding Black Lives Matter, he refused at any point to go after the people who were burning down neighborhoods. You know, Biden has this nice cheap hypocritical game. I’m really an okay guy. I didn’t realize you were getting mugged. It is baloney. What is happening is happening with Biden’s approval either because he is afraid to take on his left, or because he believes it. Either one is sort of irrelevant which it is. The fact is the Biden Harris administration is the most radical administration in American history no matter how pleasant his words are.