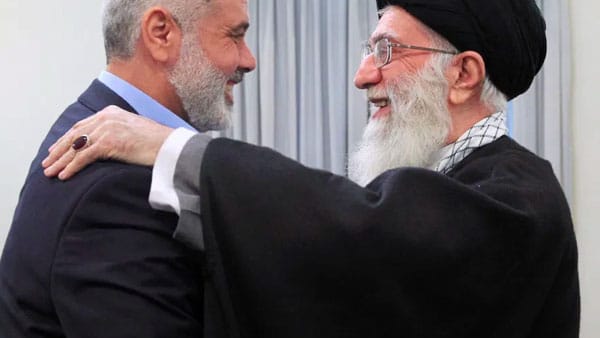 Hardly anyone’s saying it, but Iran is ultimately to blame for the latest round of violence between Israel and the Palestinians. The Biden administration should take note: Giving money to Iran means giving money to the Palestinian terrorists firing rockets at our Israeli allies.

In a leaked diplomatic cable from 2009, the American ambassador to Jordan at the time offered telling insight into how America’s allies in the Middle East view Iran.

“The metaphor most commonly deployed by Jordanian officials when discussing Iran is of an octopus whose tentacles reach out insidiously to manipulate, foment, and undermine the best laid plans of the West and regional moderates,” Stephen Beecroft wrote.

Beecroft went on to list Tehran’s malign “tentacles,” including Hamas, the Palestinian terrorist group in control of Gaza. Iran transfers weapons, including rockets, and at least tens of millions of dollars each year to Hamas, whose founding charter calls for the destruction of Israel and the murder of Jews.

Meaning, the now-thousands of rockets that Hamas has fired at Israel over the past few days were supplied and paid for by Iran. The civilians killed and injured, the schools and apartment buildings destroyed — Iran’s behind all of it.

Indeed, a PIJ official said earlier this month that his group “uses Iranian weapons to strike the Zionists,” including rockets that “have an Iranian signature on them.”

“We buy our weapons with Iranian money,” the official added. “An important part of our activity is under the supervision of Iranian experts. The contours of the victories in Palestine as of late were outlined with the blood of [the late Iranian Gen.] Qasem Soleimani.”

To drive the point home, he stated clearly that the Iranians “are the ones who support us with weapons, money, and food.”

A few days later, PIJ announced that its fighters fired several Iranian-made “Badr-3 missiles into Israel and even thanked Tehran for its support.

To be sure, these are hardly the first acknowledgements from Hamas and PIJ that they’re backed by Iran. For years, leaders of both groups have explained that they rely on Iran not only to wage war against Israel but also to survive.

Just last month, Hamas leader Mahmoud Mardawi told the publication Al-Monitor that Hamas “wants to explore all sources of military supplies from every country and movement, mainly from Iran.”

A few months earlier, a senior member of Hamas said that, on one occasion, Soleimani handed him $22 million in cash.

And on Monday, Israeli media reported that Iran agreed to provide $30 million in financial support each month to Hamas in return for information on the capabilities and locations of Israel’s missiles. If true, this would mean a giant increase in Iranian funding to Gaza’s terrorist regime. (According to past reports, Iran gives $70 million each year to Hamas and another $30 million to PIJ — but $30 million a month would mean an astounding $360 million a year.)

Iran’s supreme leader, Ayatollah Ali Khamenei, admitted last year that his regime was providing the Palestinian terrorist groups with weapons. He also explained why he was doing it in no uncertain terms: “The Zionist regime is a deadly, cancerous tumor in the region. It will undoubtedly be uprooted and destroyed.”

In short, Iran is using Hamas and PIJ to wage a proxy war against Israel. One genocidal regime using two genocidal organizations to try and achieve their shared genocidal aim: to eradicate the Jewish state.

Iran tries to portray itself as the champion of the Palestinian cause, but perhaps no one has done more to harm the Palestinian people than the Iranian regime. Indeed, by supporting Hamas, Tehran ensures that the Palestinian leadership remains divided between those in Gaza and the Palestinian Authority in the West Bank. Plus, as we’ve seen over the past several days, a significant percentage of Hamas and PIJ’s rockets end up misfiring and actually landing in Gaza, killing and injuring an untold number of Palestinians.

When it comes to Israel, the thugs running Iran are perfectly content fighting the Jewish state to the last Palestinian. Right now, they’re sitting back, watching the current round of violence between Israel and the Palestinians and smiling. Due in large part to their machinations, Israel is staving off an onslaught of rockets from Gaza and Palestinian rioting in East Jerusalem.

Hardly anyone’s saying it, but Iran is ultimately to blame for what’s happening. No other country wants peace less and war more.

The Biden administration should take note as it engages Iran, desperate to revive the 2015 nuclear deal. Giving money to Iran means giving money to the Palestinian terrorists firing rockets at our Israeli allies. There’s no getting around that.