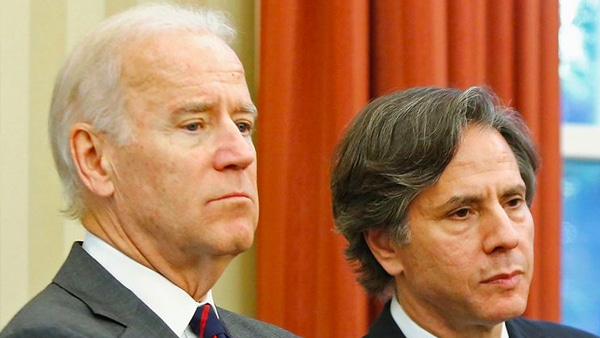 The anti-American elites, including those who were making huge amounts of money in China, deeply disliked President Trump’s emphasis on “America First.” They saw America First as repudiating and undermining their commitment to the international global elites.

The left has committed itself to an “Alice in Wonderland” belief in a fantasy world that simply does not exist. As part of that process, the very survival of the United States is at risk.

The latest example of the America Last or America Never mindset is U.S. Secretary of State Antony Blinken’s appeal inviting the United Nations to get involved in the United States’ domestic policies.

Blinken’s strategy of subordinating the United States to the dictator-dominated, corruption-riddled United Nations system needs to be read to get the full sense of the anti-American core of the Biden administration policies.

According to the Secretary of State, “the United States intends to issue a formal, standing invitation to all UN experts who report and advise on thematic human rights issues.”

Think about the naiveté of this sentence. A UN representative from Iran, North Korea, or Venezuela can simply declare they report and advise on human rights issues (which in the case of these countries’ respective dictatorships, includes how to have more efficient torture, learned lessons in the massacre of protestors, and how to effectively silence dissent). At that point, they accept Blinken’s invitation and come to the United States to “advise” us.

If you think I am exaggerating about the “Alice in Wonderland” quality of this initiative, consider Blinken’s comments: “I also welcome the UN Human Rights Council’s adoption today in Geneva of a resolution to address systemic racism against Africans and people of African descent in the context of law enforcement. I look forward to engaging with the new mechanism to advance racial justice and equity.”

Everyone knows communist China is as totalitarian system that disappears people, is engaged in genocide against the Uyghurs, is crushing the Tibetan Buddhist culture, has destroyed freedom in Hong Kong, and is systematically crushing religion. But, of course, in Blinken’s “wonderland,” we should be eager to be critiqued by the Chinese Communist Party.

The Russian Federation has a habit of poisoning critics, reporters, and political opponents, but Blinken may think there are some very good lessons the left can learn from Putin and his dictatorship.

Cuba, of course, is this week’s poster child for a 62-year-old communist dictatorship that has stayed in power by imprisoning and killing those with the courage to seek change. What kind of mind in the Biden administration thinks that instead of Miami teaching Havana, the United States should ask Havana to teach us about effective policing in Florida? No wonder Senators Marco Rubio and Rick Scott and Governor Ron DeSantis are so angry over the Biden pro-communist foreign policy.

Former Ambassador to the United Nations Nikki Haley captured how bad the Biden policy of America Last or America Never is when she said, “This is not just insane, it’s dangerous.”

Every American should fight these anti-American policies and object to the United Nations trying to lecture Americans.