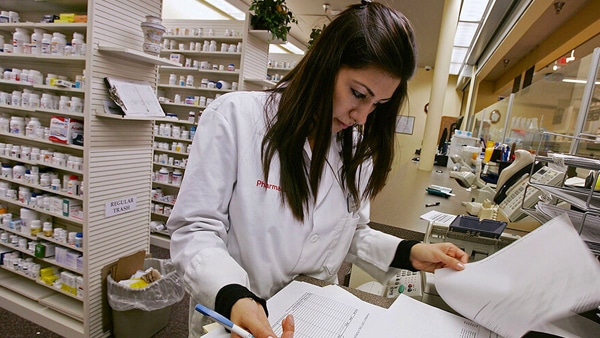 The following is adapted from a talk I gave at the ALEC Annual Meeting in Salt Lake City on July 28, 2021.

Imagine a pile of money.

Now imagine it being lit on fire.

This is the best way I can describe the health care status quo in America today.

It’s a stark image, but true. Numerous studies have shown that 40-50 percent of all health care spending in America is waste and fraud. Some experts believe that only 27 cents of all health care dollars go to clinicians. The rest is absorbed by bureaucracy and middlemen in the supply chain that provide little to no value.

The reasons for this waste are multifaceted. In Newt’s interview with Dr. Marty Makary of Johns Hopkins, the author of The Price We Pay, they review many of the specific practices that lead to all this waste. But if I had to choose one big idea that is the source of our dysfunction it is the assumption that bigger is better.

Even the smaller insurance companies that may be particular to a state are most likely headquartered in its largest cities. They’re not headquartered on Main Street next to Pete’s Diner.

Let’s take a moment to think about how strange this arrangement is. The fact is that most health care is delivered locally, but we pay for it by sending vast amounts of money outside of our communities to then be rerouted back to our local doctors and hospitals.

During this process, these big insurance companies and pharmacy benefit manager middlemen are keeping 20-25 percent of that money for themselves in administrative fees, overhead, and profit.

That’s one out of every four health care dollars going to middlemen, who are sometimes halfway across the country.

We do this because we assume that these big companies have economies of scale and greater negotiating leverage that they pass on to their customers – like Walmart or Amazon.

To be clear, you do need scale to protect against financial risk. But that can be achieved with stop loss insurance. That is different than the type of service that health plans provide. The anecdotal evidence from the communities that have made health care work is that you can create a high-quality provider network at affordable prices with great benefits with surprisingly few covered lives. This is because once you pass a certain number of covered lives, all you are is adding bureaucracy and overhead that increases costs rather than lowering them.

This problem is compounded by the fact that the further removed oversight is, the less effective it is.

Elinor Ostrom is a Nobel Prize winning economist who studied the tragedy of the commons. This is the problem that when you have a public resource, people tend to grab as much of it as possible, thus depleting it and destroying it for everyone.

She pointed out that, in fact, there are many examples of communities that do a good job managing public resources. And that the common characteristic is local control and local self-policing.

“One of the most important factors is whether local people monitor each other. Not officials, locals. I’m not denigrating that officials can do something very positive, but what we have ignored is what citizens can do and the importance of real involvement of the people involved…”

In status quo health care with big national carriers, you don’t get self-policing or a sense of community. So, you get health spending that is a free for all.

It also leads to fraud. Fully 10 percent of health care spending is fraud. That’s more than $300 billion per year.

Not waste or inefficiency – that’s a whole other topic. I’m talking about pure theft. The fact is that it is much easier for big health insurance companies to pass on the cost of fraud to their customers than effectively police against it. This is partly because the fraud increases the size of the spending pie from which these companies can take a piece.

These are two big reasons why bigger is not better when it comes to health insurance. The same is also true for health care providers.

Consolidation is a major problem in health care today. Study after study has shown that the economies of scale achieved with big health systems are not passed on to patients. Or at least, that these savings are insignificant compared with the higher prices they can charge the insurance companies due to owning a greater share of the provider market.

Consolidation is also accelerating the extraction of health care dollars from our communities. This is because even if health care providers are delivering care locally, the money is going to out-of-town health systems or private equity groups. In fact, more than half of community hospitals are owned by large health systems now. So even if local patients go to a hospital that says “Community” in its name, a lot of that money isn’t staying in the community.

This problem is compounded by the fact that most hospitals are nonprofits. That means they don’t generate the same sort of tax revenue that a regular business does. Recent studies show that three-quarters of large nonprofit hospitals receive tax breaks larger than the community benefit that they provide. Because they don’t pay taxes, they are not funding schools or other vital community functions.

Now why does all this matter?

Only 20 percent of health outcomes are driven by what happens in the clinic.

The rest are driven by what are called Social Determinants of Health. This includes a good education, access to transportation, good paying jobs, involvement in civic life, and many other factors.

So under the status quo in health care, we get caught in the Health Care Spending Trap: the more we spend on health care, the fewer resources (public and private) are available to fund social determinants of health. This leads to worse health outcomes. Which leads us to spend more on health care because we’re sicker.

This status quo is morally indefensible. It’s also stupid. And there is a way out of it.

Fortunately, there are examples of communities –companies, associations, and localities – that have put out the health care spending fire. And they’ve done so while improving benefits for patients and achieving much better health outcomes.

They didn’t turn to bigger government to achieve this: Quite the opposite, in fact. They challenged many of the “bigger is better” assumptions and practices of the health care industry in America today that are the source of our current health care spending crisis.

These success stories are highlighted in Relocalizing Health by Dave Chase. The author runs an association of health benefits advisors called The Health Rosetta, whose members help employers create better health plans for their employees.

Newt also highlights these and other success stories in the Health Care Rebels chapters of his book, Trump and the American Future.

Next week we will review some of these success stories and the approach they took to finally put out the health care spending fire.