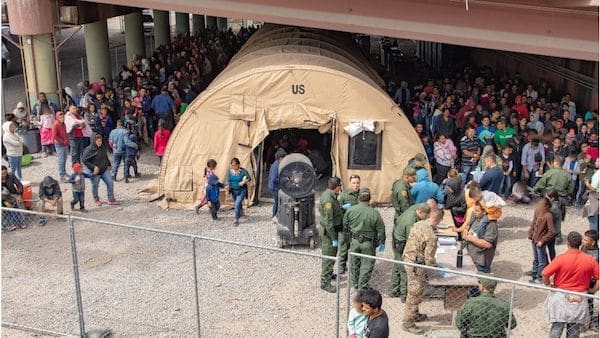 The Biden administration has made it clear to the whole world that the border is effectively open.

The number of people illegally crossing the border since Joe Biden became president in January totals more than 1.1 million. This is more than the population of seven states — and enough to create the 10th largest city in the country. According to U.S. Customs and Border Patrol, most of the crossings are through the Rio Grande Valley and Del Rio sections of Texas. In July alone, the second-highest number of family units crossed the border. The preliminary total of 210,000 people crossing the border last month is the most since 2001.

Officials at the Border Patrol detention facilities said that their capabilities are strained with roughly 18,000 people in custody. Over the past six months, people have illegally come to the United States from roughly 150 countries. The Biden administration has made it clear to the whole world that the border is effectively open. The Trump administration’s construction of the border wall was near completion at the end of his term. Biden reversed Trump’s border policies and created an endless flow of illegal immigration.

Many of these immigrants are not being tested at the border facilities for COVID-19. Instead, the Biden administration is putting them on planes and sending them to states without prior notice. During the campaign, Biden promised that he would “shut down the virus” yet his administration’s policies have neither shut down the border nor the coronavirus.

To read more about the border crisis visit Just the News.