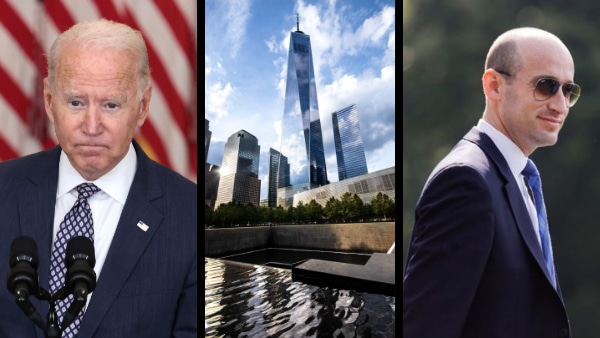 Joe Biden probably thought this Sept. 11, the 20th anniversary of the 9/11 attacks, would be a great moment for his presidency. All American troops would be out of Afghanistan. Our country’s longest war would be over. And he’d be the guy who had the courage to end it.

Instead, we may well have hundreds if not thousands of Americans hiding across Afghanistan, terrified of the Taliban’s barbarism. Remember, the media only reports on Kabul, the Afghan capital, but there are Americans all over the country. And Afghanistan is a big place, full of mountainous areas where people are isolated and tough to reach.

In short, Sept. 11 this year is going to be more painful than normal. It’s one thing to remember. It’s something else entirely to witness the place where the attacks were planned return to its pre-9/11 state, with the Taliban in charge and al Qaeda set to enjoy a country-wide haven.

The bottom line is this: Biden made a decision to surrender to the Taliban, regardless of the consequences. And now he seems angrily determined to ride it out, as a tribe longing for the seventh century dictates terms to the most powerful nation on earth.

The terrorists saw this coming. In a letter dated May 2010, Osama bin Laden warned al Qaeda not to target then-Vice President Joe Biden, hoping he would one day become president.

“Biden is totally unprepared for that post, which will lead the U.S. into a crisis,” bin Laden wrote. The late al Qaeda leader knew an eventual President Biden would embody a victory for jihad. As the ongoing debacle in Afghanistan makes quite clear, he was right.

Of course, Biden is blaming President Donald Trump for creating the framework of a deal with the Taliban to allow U.S. troops to leave Afghanistan. But the Trump administration’s plan was ultimately conditional, based on the Taliban meeting various American conditions. And when the Taliban didn’t meet those conditions, the U.S. took military action.

Biden, on the other hand, announced a specific deadline to withdraw and simply proceeded to leave, in one fell swoop. The Taliban took Kabul in days.

I discuss Biden’s astonishing failures in Afghanistan and how it compares to Trump’s approach on this week’s episode of my podcast, “Newt’s World.” My guest is Stephen Miller, who served as a speechwriter and senior policy adviser in Trump’s White House. Since leaving government, Miller helped launch America First Legal, a new conservative legal organization dedicated to challenging left-wing initiatives in the courts.

Unlike Biden, Miller recognizes that the Taliban represents a completely alternative civilization from the one that Americans enjoy. Members of the Taliban don’t regard dying the same way we do. They don’t want to be citizens of anywhere other than their caliphate. And they’re non-negotiable. They must be deterred, not emboldened.

Tragically, Biden has done the latter, and after 20 years of war, the terrorists have so far won. Consider all the American lives and money lost, all the time focused on seventh-century savages rather than major opponents like Russia and China. Biden has made it all a waste, giving up any gains we had.

Once the current crisis subsides, the key question will be whether the U.S. military and bureaucracy learn from this fiasco. The jihadists won’t stop plotting, so we need to be ready.