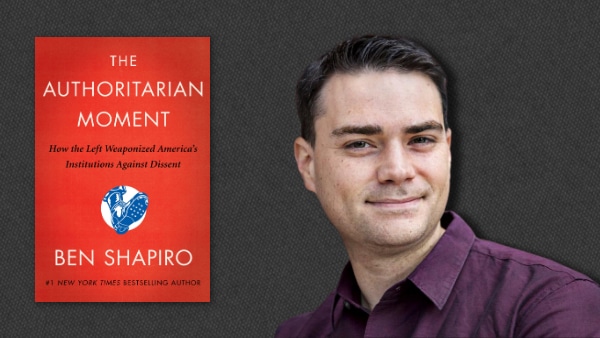 For years now, the left has demonized President Donald Trump as a right-wing authoritarian who’s dragging America down into a dark pit of tyranny and oppression. Democrats and the media continue to push this narrative, even with him out of office. Yet, Trump champions free-market enterprise and individual liberty — in other words, freedom, the opposite of authoritarianism. In reality, the true authoritarian threat to America comes from the left.

The great irony is that so many on the left used their argument that Trump is an authoritarian to justify acting as authoritarians themselves. For starters, look at the mainstream media.

For years, the media was biased, slanting its coverage in favor of Democrats and left-wing positions. But at least journalists were doing their basic jobs of reporting the news. Today, however, they’re openly partisan liberals with press credentials.

The political rise of Trump caused members of the media to see themselves as the guardians of democracy, protecting us all from the predations of Trump the dictator. Because Trump was so terrible and the stakes were so high, journalists believed their job was to advocate a cause, not to report the news.

As a result, the media has published a torrent of misleading if not outright false stories about Republicans and conservatives, deceiving the public in order to paint the right as evil. This is a classic authoritarian tactic: pushing misinformation to undermine and demonize one’s political opponents.

Of course, the media isn’t alone. Corporations are now reflecting the whims of the woke mob, adopting causes such as Black Lives Matter and the left’s push to federalize elections. Corporate executives are imposing a far-left ideology not because they believe in critical race theory or universal mail-in voting, but because they’re cowardly and succumbing to the pressure and bullying from the mob. Here is another example of leftists overtaking a key institution.

This leftist onslaught is compounded by Big Tech, which is clearly waging a war to silence conservatives and snuff out dissent. Indeed, the oligarchs running the likes of Google, Twitter, and Facebook claim they’re merely targeting misinformation, but this has consistently manifested as a political witch hunt against one side. “Misinformation” is a catch-all phrase that allows the titans of tech to censor anything they don’t like in a way that doesn’t look like blatant suppression. Of course, much of this began in 2016 with Donald Trump’s tweeting.

To make matters worse, Democrats are effectively pressuring social media companies to ramp up the censoring of this right-wing material, saying they’ll remove Big Tech’s liability protections if Silicon Valley doesn’t take down “misinformation.” This is authoritarianism in the most classic sense: the government using its power to violate individual rights.

The list of left-wing authoritarianism threatening American freedom is long and unending, from COVID-19 lockdowns run amok to the growing imposition of cradle-to-grave socialist government. I discuss it all with Ben Shapiro on this week’s episode of my podcast, “Newt’s World.” Shapiro, the editor in chief of the Daily Wire and host of “The Ben Shapiro Show, just wrote an important book on this topic titled, The Authoritarian Moment: How the Left Weaponized America’s Institutions Against Dissent.

As Shapiro explains, the left, led by the woke mob, specializes in bullying to get what it wants. One recent example is Major League Baseball moving its annual All-Star Game from Georgia to Colorado because of the former’s voting law, which sparked leftist outrage and calls to boycott the state. Yet, these same leftists have the audacity to cry victim and claim they’re the victims of right-wing bulling.

To the left, everything is both personal and political. There’s no compromise, no middle ground. That’s why Parler gets banned and teachers get fired for opposing critical race theory. Leftists want submission and conformity, not debate. They want diversity of appearance but not diversity of thought. In short, the left seeks raw power to impose a radical, divisive vision on the country.