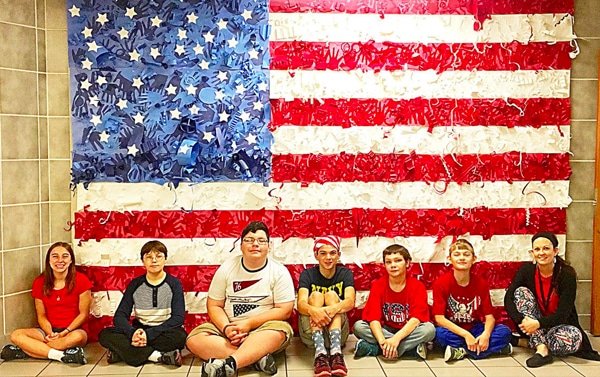 Education is increasingly a policy issue which favors Republicans. This is an important development with huge implications for politics and the health of American society.

Education is increasingly a policy issue which favors Republicans.

This is an important development with huge implications for politics and the health of American society.

The COVID-19 epidemic may have been the decisive turning point in a trend which has been gradually building since the 1980s.

I remember when Wisconsin Gov. Tommy Thompson signed the first education choice bill  in 1990. It was a pilot test for vouchers and was limited to 350 students. The author of the then revolutionary bill was the former chair for Jesse Jackson’s presidential campaign. State Rep. Polly Williams was a single mother who was furious at the failure of the Milwaukee schools to meet the needs of urban African Americans. She courageously staked out ground that the teachers union bitterly opposed.

As the failure of schools, especially inner-city schools, became more obvious, the desire for school choice grew. In virtually every failed school, there was a teachers union opposing reform and parents who were increasingly worried about the future off their children.

Knowing that in Baltimore there are five schools that did not have a single student pass the state achievement exam, it is hard to defend a failed teachers union. Especially when the union protects its worst performing members at the expense of children who are being sent into the world unprepared to earn a living or function as good citizens.

In 2018, when Ron DeSantis was running for governor, he faced a Black mayor of Tallahassee with substantial funding from George Soros and other radicals. Ultimately, 19 percent of Black women voted for DeSantis. They valued school choice for their children more than the racial identity of the Democrat candidate.

The fight over school performance has expanded as the Big Government Socialists move on multiple fronts to undermine traditional learning. Honor programs are being eliminated, and grading standards are being weakened – or in some cases abolished. Radical values are being enforced as education is replaced by indoctrination. Critical race theory is being practiced, so that white students are told they are racists, and Black students are told they are irrevocably oppressed. Long-accepted, scholarly history is being replaced by political distortion and exaggeration. Radical gender policies are being adopted – including allowing boys who claim to be female access to girls bathrooms and locker rooms.

In Loudoun County, Virginia, the school board’s commitment to leftwing radicalism extended to covering up an alleged rape. A male student who claimed to be a woman (he wore a skirt) reportedly assaulted a girl in a girl’s bathroom. In attempting to defend radical transgender policies, the Loudoun County School Board covered up the incident, had the girl’s father arrested for being too aggressive in his anger about his daughter’s rape, and then failed to take action against the student (who was transferred to another school where he has since attacked another girl).

Public outrage in Loudoun County grew into a 1,000-person rally. One member of the school board has resigned rather than be recalled. New evidence proves the school boards members were lying to the public about what they knew and when they knew it.

Meanwhile, former Gov. Terry McAuliffe has been on defense for two solid weeks as people have reacted to the news from Loudon County. McAuliffe is also defending his statement in a debate in which he said: “I’m not going to let parents come into schools and actually take books out and make their own decisions… I don’t think parents should be telling schools what they should teach.”

As the National Review reported, McAuliffe is sticking to his ideology:

“Asked in a subsequent interview whether parents should have buy-in on a school’s curriculum, McAuliffe doubled down: ‘Listen, we have a board of ed working with the local school boards to determine the curriculum for our schools. You don’t want parents coming in in every different school jurisdiction saying, ‘This is what should be taught here’ and, ‘This is what should be taught here.’”

For two weeks now Youngkin and the other Republicans have been on offense in reforming education, bringing parents back into their children’s educations, and standing up for standards and unbiased learning.

We will see in a week just how much teachers’ union arrogance and McAuliffe’s radicalism have combined to make education policy a big strength for Republicans – and deliver Virginia a sane, successful future with Gov. Youngkin.