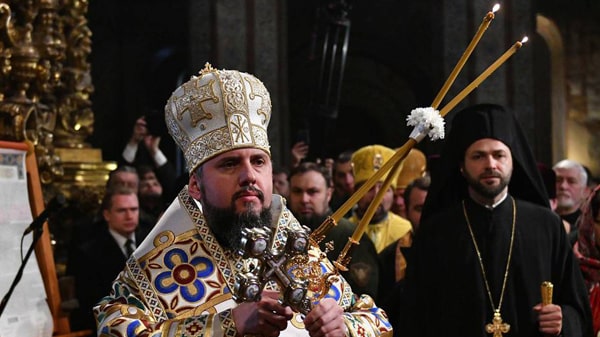 It has been nearly eight years since Russia invaded eastern Ukraine and occupied Crimea. These unjust actions under the pretense of “defending Russian-speaking people,” have in reality been disastrous for the people living in these regions.

It is no secret that the Putin regime is threatened by religious freedom. Faith in and worship of a transcendent power whose name is not Vladimir Putin weakens the regime’s control and undermines its absolute authority.

Russian security forces routinely raid places of worship, homes, and workplaces. For example, on May 26, 2020, four homes of Jehovah’s Witnesses were raided by armed Russian agents and masked riot police. During the raid, Artem Shabliy was arrested for discussing the Bible and accused of “draw[ing] others into the activities of an extremist organization.”

Using force, excessive laws, criminal charges, and planted evidence, the regime detains those who practice their faith and dare to remind Russia that Crimea is part of Ukraine.  The U.S. Department of State reported that in 2020, 109 people were unlawfully incarcerated or imprisoned in Crimea as a result of religious or political persecution.

It is clear that Russia has leveraged the threat of persecution to advance its authority. Similarly, in testimony to the U.S. Commission on International Religious Freedom on September 16, 2020, former U.S. Ambassador to Ukraine John Herbst described the close relationship between the Kremlin and the Russian Orthodox Church, also known as the Moscow Patriarchate.

Ambassador Herbst explained how the regime uses these ties to augment its legitimacy. According to his written statement, “The Kremlin has effectively used the Moscow Patriarchate not only to project Russian influence as a key player in “Russian World” outreach, but also to help manage specific political problems.”

As a result, Ambassador Herbst testified, “For geopolitical reasons, the Kremlin has launched a multifaceted effort to severely constrict, if not eliminate, Christian activity not associated with the Moscow Patriarchate in both regions [Crimea and eastern Ukraine].”

The situation in Ukraine for its citizens and religious believers remains dire. Amidst these various acts of Russian aggression, America’s support for Ukraine remains absolute. Ukrainian citizens must be afforded the fundamental right to worship freely and in accordance with their conscience.