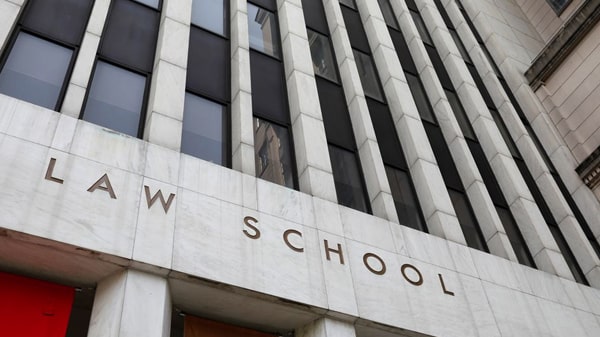 LSAT questionnaire is a good example of the kind of insidious, pro-radical lifestyle biases and prejudices which are being introduced at every level of American society.

Recently, a friend brought me the questionnaire people are asked to fill out so they can sign up to take the Law School Admission Test (LSAT).

More than 100,000 people take the LSAT every year, and the test has great influence on law school admissions.

The questionnaire, which is part of the online profile process one must go through to schedule an LSAT exam, currently includes the following section:

Gender Identity (choose all that apply)

I have four questions about this section of the LSAT application process.

First, what do some of the words mean? I confess, I could not immediately define agender, androgyne, demigender, and several others without looking them up.

Second, what words are missing? If you Google “number of genders” you get one list for 58 genders and another list for 72 genders. Which list is correct? How many extra genders should the LSAT process be asking about? If you go through the 58-gender and 72-gender lists and you find several are missing, send them to me. I am always open to learning. And given the evolving craziness of the woke world, I find I have more and more to learn just to keep up with the decadence and confusion of the modern Left.

Third, why should someone applying for law school have to fill out this kind of personal information anyway? What does it have to do with taking a test – or being an effective lawyer? The answer is simple. This is an instrument of discrimination. The third party which organizes the LSAT scheduling process likely packages this gender information with your profile and passes it on to law schools to which you apply. If you are a heterosexual white male conservative of Christian or Jewish faith, the odds are high you will be discriminated against. This questionnaire is an efficient instrument of that discrimination.

Fourth, how many other applications for schools, jobs, associations, or other activities have this kind of personal information requirement?

I wanted to share the LSAT questionnaire because I thought it was a good example of the kind of insidious, pro-radical lifestyle biases and prejudices which are being introduced at every level of American society. The combined impact of Big Government Socialism and the woke cultural Left is pervasive and persistent throughout American life and culture.

There is no intrusion too personal, no part of your life too private, or no thought too intimate for the woke Left to leave alone. The Left has a totalitarian need to intrude everywhere on everything – and to invent and then impose a new world on a nation that does not agree but faces endless coercion.

The LSAT questionnaire is just one more example of imposed wokeness, thought policing, and pervasive and effective discrimination.