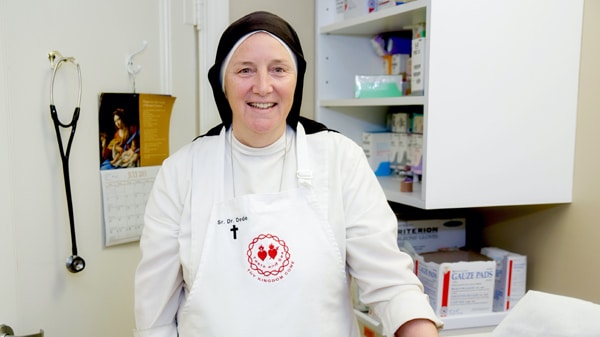 For decades, Catholic hospitals in America have stood at the forefront of protecting the right of health care providers to treat patients with respect and dignity and in accordance with their faith.

Catholic hospitals in the United States have a long and enduring legacy of providing exceptional care. For example, the Franciscan Sisters at St. Anthony’s Hospital in St. Louis established the premier polio treatment center in the Midwest in the 1940s.

Additionally, the Sisters of Charity founded New York City’s St. Vincent’s Hospital, which has provided emergency care for two centuries. Victims from some of the most devastating disasters, from the Titanic in 1912 to the terrorist attacks on 9/11, received life-saving care from the skilled health care professionals at St. Vincent’s.

Critics will claim that Catholic hospitals restrict treatment options and withhold emergency care from patients due to moral beliefs when in reality, the opposite is true.

Catholic hospitals adhere to guidelines set by the U.S. Conference of Catholic Bishops called the Ethical and Religious Directives for Catholic Health Care Services. As National Review staff writer and visiting fellow at the Independent Women’s Forum, Madeleine Kearns, summarized, “The only restrictions on medical interventions set in place by Catholic hospitals are for those done to impair or destroy healthy bodily functioning – which are typically performed for non-medical reasons.”

The Ethical and Religious Directives set forth the moral teachings of the Catholic Church and describe how they can be applied in a health care setting.

As a letter to the editor in The Wall Street Journal recently affirmed, doctors are better caregivers because of these teachings. “In my 43 years as a family physician,” Dr. William G. White wrote, “I found that Catholic moral teaching helped me and my patients, including non-Catholics, lead happier lives.”

The high standard of care, compassion, and respect for the dignity of the person benefit patients, which is evidenced by the remarkable number and reach of Catholic hospitals across the nation.

Catholic hospitals not only provide jobs for more than 700,000 full-time and part-time employees, but also offer life-saving treatment and care to underserved rural communities.

Since January 2005, 183 rural hospitals have closed across America, yet, dozens of Catholic hospitals have remained dedicated to serving these communities.

In a piece criticizing Catholic hospitals, The Washington Post even admitted, “Acquisition by a Catholic health system has, at times, kept a town’s only hospital from closing.” As of 2020, more than 50 communities across the United States have access only to a Catholic hospital.

As Kearns correctly wrote, “Imagine being so singularly committed to progressive dogma that you would prefer a hospital close than continue being Catholic.”

America’s Catholic hospitals are more than just medical providers. They are essential components of our health care system that provide life-saving treatment with respect, dignity, and care for patients across our nation.