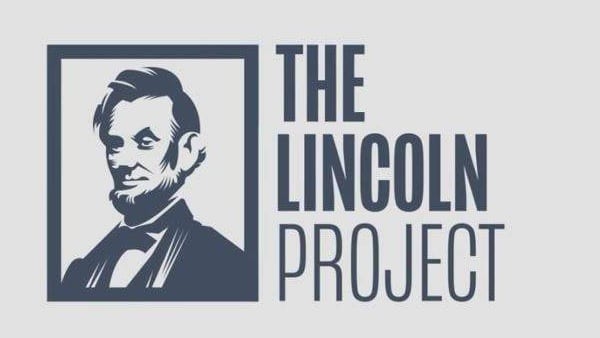 The Lincoln Project’s leaders are aligned with Democratic values on trade, immigration, and the Internet. At the same time, they overlook values on taxes, climate change, and religious liberty. So, let’s call them what they truly are: Democrats. – Newt

The Lincoln Project has established itself as the political arm of the “Never Trump” Republicans. It’s also comprised of Democrats in Republican clothing. The project’s newest television ad, for example, names 15 Republican senators whom voters should oppose, including 13 up for re-election, because they back President Trump on matters such as impeachment. And yet, nearly all Republicans approve of the president’s job performance and opposed impeachment. Moreover, these senators have passed legislation supporting core Republican beliefs and confirmed hundreds of conservative judges. “Apparently voting for Republican ideas and backing a Republican president no longer qualifies one as a good Republican in the Lincoln Project’s eyes.” The project’s leaders clearly align more with Democratic values on a range of issues.

It is beyond naive for AOC to blame the increase in NYC violence on the NYPD and economic hardship. She is part of the growing list of NYC’s failed leaders who are too self-absorbed to provide for their citizens’ safety and security. – Newt

Rep. Alexandria Ocasio-Cortez’s (D-NY) reaction to the surge of violence in New York City is “dishonest, callous, and naive.” At a recent town hall, Ocasio-Cortez seemed to justify the spike in crime, saying people are struggling to pay rent and don’t have money to feed their children so they “either need to shoplift some bread or go hungry that night.” But petit larcenies like shoplifting are down this year. Murders, meanwhile, are up 23 percent, and the number of shooting victims is up 70.4 percent. These killings are related to gangs, drugs, and guns, not the motivations that Ocasio-Cortez described. The congresswoman also argued that giving more money to the police doesn’t help, while this surge in violent crime is happening as the City Council pushes to take $1 billion out of the NYPD’s budget. “To AOC, when crime is down, the NYPD is overly harsh. When crime is up, it’s the department’s fault.” She seems to think more social workers and more money for schools will erase crime when New York City spends “more for education and welfare than almost anywhere in the nation.”

Jessica Whitaker, Mother of One, Shot Dead After Saying ‘All Lives Matter’
By Allum Bokhari
Breitbart

The White House American Workforce Policy Advisory Board, along with Apple, Ad Council, and IBM, are rolling out a campaign to help Americans find job training, including virtual learning, as more Americans face unemployment during the pandemic. – Newt

The White House is joining forces with Apple, Ad Council, IBM, and other businesses for a campaign to help Americans find job training, including through virtual learning, amid the coronavirus pandemic. The campaign is the result of work by the White House American Workforce Policy Advisory Board, which presidential adviser Ivanka Trump co-chairs. “The website FindSomethingNew.com and its related ad campaign encourage Americans to think outside of four-year universities for improving their career opportunities.”

An investigation by Fox35 in Orlando reports significant errors in COVID testing by Florida labs. – Newt