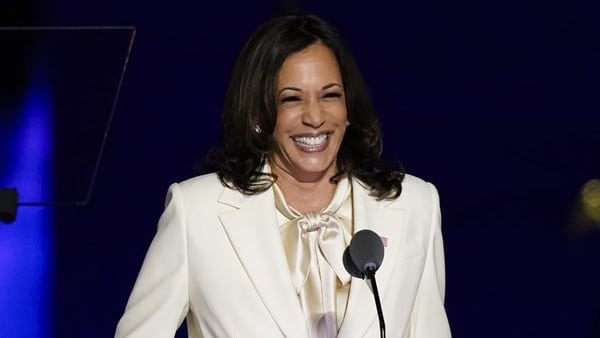 US Sen. Kamala Harris is the most openly anti-Catholic bigot to be on a national ticket in modern times.

Her record is perfectly clear. She is openly anti-Catholic in confirming federal judges, wanting to prosecute the Little Sisters of the Poor, closing Catholic Hospitals who don’t join her union allies, and favoring tax paid abortion up until birth (in fact, she has twice voted against bills that would ensure that babies who lived through abortion procedures got medical care).

In many ways, Harris’s bigotry against Catholics is a perfect example of the modern radical left’s ideology of” intolerant tolerance” that I outline in my latest best-selling book Trump and the American Future.

The most explicit example of Sen. Harris’s anti-Catholic bigotry was her treatment of now-US District Court Judge Brian Buescher during his confirmation hearings. Specifically, she questioned Buescher’s membership in the Knights of Columbus – a faith-based charitable organization which feeds the poor, assists in disaster relief around the globe, provides scholarships for struggling students, helps refugees fleeing violence and persecution, and a host of other philanthropic efforts.

Because the organization is Catholic, its leadership has opposed abortion and gay marriage on religious grounds. Harris needled Buescher on these two issues and insinuated that his membership in the organization (and ultimately his Catholic faith) should bar him from the bench. Harris was eerily mirroring US Sen. Dianne Feinstein’s bigoted questioning of now-Judge Amy Coney Barrett during her confirmation hearings in 2017.

As Alexandra DeSanctis wrote for National Review, “Buescher eventually was confirmed …but the fact remains that Harris was guilty of reprehensible anti-Catholic bigotry, and there’s no reason to believe her views have changed.”

At the time, The Wall Street Journal raised a key question: “Ms. Harris’s embrace of religious intolerance is especially significant because in two years she could be the next U.S. President. What does it say about today’s Democrats that no one in the party of Al Smith and JFK sees fit to rebuke her?”

Harris’ unconstitutional religious test for judicial service is just one example. Sen. Harris’s anti-Catholic bigotry extended to vigorous support for prosecuting the Little Sisters of the Poor, a group of nuns which provides food and shelter to poor senior citizens across the world. Biden and Harris have said they would seek to bring the nuns back to court to force the organization to cover the cost of insuring contraceptives and abortion drugs to people working in their health care facilities. The US Supreme Court has already affirmed the Little Sisters’s First Amendment rights, yet the Biden-Harris team wants to relitigate it.

Furthermore, as Attorney General of California, Harris used her office’s power to kill a number of Catholic hospitals on behalf of her political ally, the Service Employee International Union.

Six Catholic Daughters of Charity-run hospitals in California were driven to insolvency by onerous union contracts and sparse Medicaid payments. A larger health care system had bid to buy the hospitals and assume its liabilities. However, SEIU opposed the deal because it wanted an agreement to be able to organize workers in every one of the buyer’s 15 other hospitals as part of the sale of the six Catholic hospitals.

In California, the attorney general has the power to OK or nix acquisitions of nonprofit hospitals – and Attorney General Harris was happy to put six hospitals out of business for her union allies. She added a multitude of unprecedented staffing requirements and specific medical service requirements to the sale. Naturally, Harris’s malicious meddling killed the sale, leaving thousands of employees out of work and potentially millions of residents without nearby hospitals.

As The Wall Street Journal editorial board warned:

“Hospital workers, patients and taxpayers paid a fearsome price for Ms. Harris’s intervention on behalf of the SEIU. As troubling was Ms. Harris’s use of her authority to help a political supporter and punish a business she didn’t like. She was in the vanguard of the new progressive state AGs who use prosecutorial power against opponents. Watch for this in the Harris Administration.”

Harris is also part of a larger trend of anti-Catholic bigotry raging across the country. This disturbing trend prompted US. Sen. John Kennedy of Louisiana this week to urge US Attorney General William Barr to ramp up prosecution efforts on vandalism and other attacks.

As the Catholic News Agency reported:

“In recent weeks, several Catholic churches have faced attacks and acts desecration. Last month, church in Ocala, Florida was set aflame while parishioners inside prepared for morning Mass. A California mission founded by St. Junipero Serra was also burned in a fire and is being investigated as an arson case, while several statues of Serra have also been pulled down.

“A statue of the Virgin Mary was beheaded at a parish in Chattanooga, Tennessee. In Boston, a statue of Mary was set on fire, and in Brooklyn, a statue was tagged with the word ‘IDOL’ in black spray paint.”

The consequences of Sen. Harris’s openly anti-Catholic bias will be felt as other anti-Catholics draw encouragement from her bigotry to increase the activism and intensity of their assaults on Catholic institutions and Catholic personalities. If left unchecked, it will doubtlessly spread to attacks on other religious people and organizations which don’t hold to radical Democratic ideology.

So, this bigot is the person Vice President Biden thinks should be next in line to be president. This says a lot about the strength of his own Catholic background under the pressure of the atheist and anti-religious left.