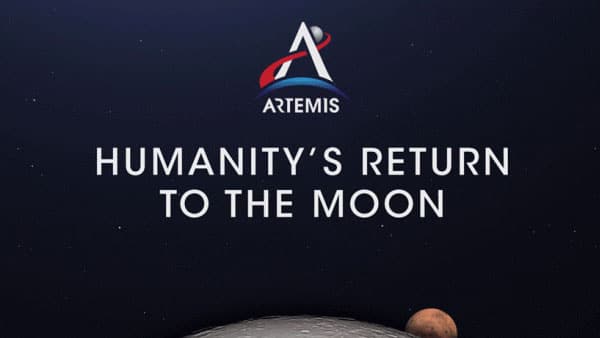 The news cycle is overwhelmed by election coverage – understandably so – but history was made this week, and Americans should take note.

The United States and seven other nations signed the Artemis Accords on Tuesday. It’s a new international agreement which will set the ground rules for exploring and developing the Moon and space around it. Expanding upon the 1967 Outer Space Treaty (which was in need of a revamp), the accords have added some vital clarity, which will define the future of space activity.

Look, I know. Space exploration is not common dinner conversation for most Americans. But if America is going to continue to be the world’s leader – and peaceful exploration is to remain the standard in space exploration – it needs to be. Further, as companies such as Space X, Blue Origin, Sierra Nevada Corporation, Relativity Space, and others continue to innovate and grow, more and more Americans will find opportunities working in the space domain. Thanks to this agreement, there is a much better chance of that future coming to fruition – so bear with me.

For starters, when the original space treaty was signed, there were only two effective players in the space game – the US and Russia (then the USSR). The treaty called for the peaceful, cooperative scientific exploration of space – but the big headline prohibited countries from putting nuclear weapons into orbit. Given the desire to avoid global nuclear war, more than 90 countries signed the Outer Space Treaty the year it was drafted (62 of them ultimately ratified the treaty and another 36 joined it later).

Tuesday’s agreement was signed by Australia, Canada, Italy, Japan, Luxembourg, the United Arab Emirates, the United Kingdom, and the US (it’s not 98 countries – but it’s great for the first week). Most immediately, it means these countries can work with the US on the Artemis program – which aims to put the first woman and next man on the Moon by 2024. But the Artemis Accords could serve as the next small step toward establishing a much larger system for humankind exploring space beyond the Moon (and eventually the solar system).

The expectation – and hope – is that many more countries will sign on. In a perfect world, at least all the original treaty signatories will adopt the guidelines established in the Artemis Accords.

You may notice that Russia and China are absent from Tuesday’s list. There’s good reason for that. At the most basic level, the agreement calls for full transparency and sharing of information for the purposes of scientific research. Full transparency and free information are not these countries’ strong suits, and both are moving forward with anti-satellite and other in-space weapons programs.

In February, US intelligence officials noted two Russian spy satellites shadowing a US government satellite. Months later, one of these Russian satellites launched a projectile into space, which US Space Command identified as evidence of an on-orbit weapon system.

Chinese Communist Party official have explicitly identified space as the ultimate high ground in warfighting and global control. In 2007, China destroyed one of its satellites in orbit, throwing countless dangerous pieces of space debris into orbit around our planet. Since then, the Pentagon has reported that the Chinese Communist dictatorship is building an arsenal of in-space weaponry.

Everyone who cares about the future of humanity – much less space travel – should be disturbed by Chinese and Russian military aggression in space. These two factors alone are reason enough to support the creation of the US Space Force.

However, the Space Force can’t succeed in a vacuum (forgive the space pun). As NASA Administrator Jim Bridenstine has told Newt and I on several occasions, NASA has a tremendous diplomatic capability. The Artemis Accords are a perfect example of this. As more countries join the accords, they will share in the incredible knowledge and discoveries which will take us into a new era of human civilization. Countries that act outside of its principles will become more and more isolated and remain in the past.

As Bridenstine said Tuesday, “Fundamentally, the accords are about avoiding conflict, transparency, public registration, deconflicting activities. These are the principles that will preserve peace.”

Bridenstine is exactly right. And the Artemis Accords are the perfect expression of the legacy of American leadership and peacekeeping.