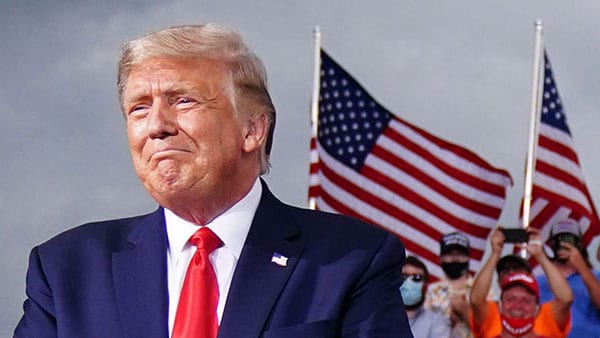 The most consequential election in our lifetime is less than a week away.

By now, I expect many of you who are reading this have made up your minds about who you want to be President of the United States in 2021 and to serve you in the US House and US Senate. However, I suspect some of you still need to be convinced of something: To go and cast your ballots.

Nevertheless, it is vitally important that you vote – and that you encourage and help your friends and family to vote.

It is especially important for you if you want to see President Donald Trump in a second term. If all of President Trump’s supporters turn out – and all their friends and family members turn out – he will win in a landslide so large that no amount of ballot fudging will be able to overcome it. It could also help mitigate post-election resistance by Democrats in Congress (notice: I said mitigate, not eliminate). Democrats spent most of Trump’s first term trying to get him out of office – much to the country’s detriment. If he is re-elected by a large enough margin, enough of the Democrats may realize they should stop #resisting and start governing again.

If you consider your community Trump Country, and you couldn’t imagine it going for Biden – or other Democratic candidates – think again. 2018 saw a slew of Democratic upset victories in places that have been traditionally safe for conservatives. This is what turned Joe Cunningham into the first Democrat to represent South Carolina’s 1st Congressional District since Rep. Mendel Jackson Davis retired in 1981. In Utah, two-term Republican Rep. Mia Love lost her supposedly safe seat to Democrat Rep. Ben McAdams by less than 700 votes.

If you think you live in an area that is hopelessly blue and your vote doesn’t matter, consider the Republican takeover of Congress in 2010, in which we picked up 63 seats. Massachusetts had not elected a Republican Senator since 1972. No one in the political class believed a Republican could win a statewide federal election here. But in 2010, Republican Sen. Scott Brown beat out a Democrat to finish the late Sen. Ted Kennedy’s term by 108,000 votes (52 percent of the total). The same year, Joe Walsh – who had been living out of his car late in the campaign – ousted Democratic Rep. Melissa Bean by fewer than 300 votes in the Chicago suburbs.

No matter where you live, you cannot believe polls. Nearly all the major national polls were dead wrong in 2016, and nothing substantial has changed in the way that these same Washington beltway pollsters are surveying Americans today. They continue to over sample Democrats, under sample Republicans, and focus on largely liberal urban and suburban areas while ignoring the middle of the country.