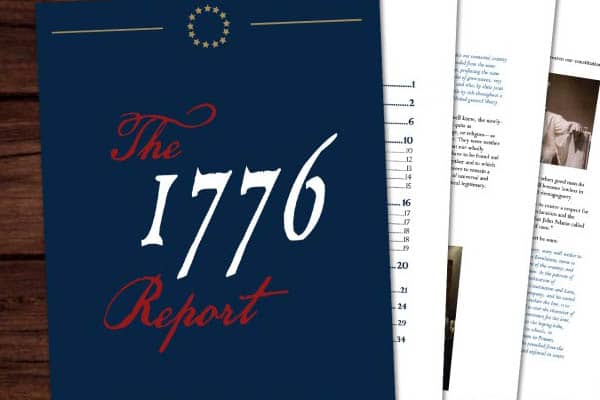 A brief from my team at Gingrich 360:

A few months ago, President Trump established the 1776 Commission to provide a counterbalance to how American academia portrayed our history in a negative light. Its report was released on Monday and it states that, while America has strayed away from the ideals enshrined in the Declaration of Independence, no country has done more to safeguard freedom. The 1776 Report deals with the Declaration of Independence as a set of claims that demand adjudication rather than an archaeological specimen.

It is no surprise that undergraduate history enrollments have been dropping off given that American history professors only emphasize the bad and look to dissect the dynamics of power instead of seeking to understand how historical actors behaved in the proper context. The Commission made a mistake by emphasizing the promotion of “patriotic education” and skips over essential historical elements such as industrialization and urbanization that contributed to our history. The report does better in condemning the efforts in American academia to divide Americans between the oppressors and the oppressed along lines of identity. Today, arguing that our founding principles led to our prosperity is regarded as conservative interpretation of history. It just happens to be true.

Learn more about the story here.