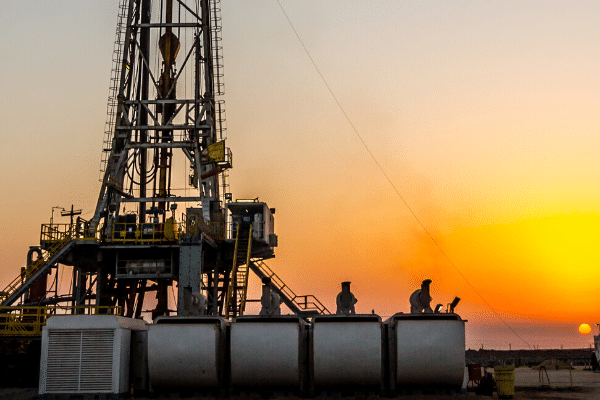 While campaigning for the presidency, Joe Biden gave America whiplash from how often he flip-flopped on whether he supported banning fossil fuels or not. It turns out Biden knew all along what he wanted to do, and that most Americans would not be pleased with his plan of action: reduce fossil fuel emissions by “ending the construction of the Keystone XL pipeline, reimposing a moratorium of coal leasing on federal lands, tightening fracking regulations on public lands… and reinstating the Interagency Working Group on the Social Cost of Greenhouse Gases,” all on his first day in office.

The American Petroleum Institute (API) has already condemned Biden’s choice to “suspended oil and gas leasing and permitting on federal lands and waters.” Federal property accounts for 25 percent of the US’s crude oil output, meaning this suspension is a devastating blow to our oil industry. Furthermore, the API believes “the [Biden] administration is leading us toward more reliance on foreign energy from countries with lower environmental standards and risks to hundreds of thousands of jobs and billions in government revenue for education and conservation programs.” Basically, only the far left, “the world will end if we don’t combat climate change now” politicians and activists are happy with Biden’s decision.

What’s amazing is that the suspension of oil leasing on federal property is not even the executive order under the most contention. Instead, many economists and foreign policy experts are angry that Biden chose to end the Keystone XL Pipeline project.

Construction of the pipeline has already started in Canada and many parts of the US, but Biden’s executive order signals that work was for naught, wasting billions of dollars already invested in the pipeline’s creation. Along with the colossal waste of time and money, the destruction of the Keystone XL Pipeline will kill thousands of current American jobs and the growth potential of 11,000 more jobs, as well as cause tensions with our Canadian neighbors.

In November, Canadian Prime Minister Justin Trudeau told Biden that the Keystone XL Pipeline is a top priority project for Canada, and Trudeau’s spokespeople “urged President Biden to stand up for the thousands of good-paying union jobs tied to Keystone XL and ensure local communities across the country have access to the affordable, reliable energy that’s needed to power the nation’s economic recovery.” Biden had no desire to listen to Canada’s point of view, nor did he care about the thousands of Americans employed by the pipeline that are now out of work during the pandemic. Now, the Canadian providence of Alberta, which has high stakes in the project, will join with TC Energy, the company building the pipeline, to “use all legal avenues to protect its interest in the project,” even if those legal actions entail suing the US government.

Besides angering our Canadian neighbors and sacrificing American jobs, killing the Keystone XL Pipeline makes America more reliant on OPEC oil imports. Currently, nearly 4 million barrels of oil come from Canada to the US per day, and only 686,000 barrels per day come from OPEC nations. With the destruction of the Keystone Pipeline, “U.S. Gulf Coast refineries [will be forced] to import more oil from countries like Saudi Arabia and Iraq.” Several policy experts have hypothesized that oil interests are a major reason we went to war with Iraq in 2003, and a renewed dependence on OPEC oil will reintroduce a slew of foreign policy issues with the Middle East, a country the government has actively been trying to leave.

It turns out Biden’s middle ground position on fracking during the election was more bipartisan baloney — only voiced to get moderate Americans on his side. Stopping construction of the Keystone XL Pipeline was only the first of Biden’s many plans to combat climate change, and the rest of his plans may well be in contention with his other campaign promises. Hundreds of Trump-era policies may be overturned, and we can only hope that Biden does not continue to sacrifice American livelihoods in the spirit of environmental fanatiscism.

On Biden’s first day in office, he stabbed a longtime American ally in the back, put thousands of Americans out of work, and reopened a can of worms in the Middle East. What a way to start in the White House! Biden’s first day actions do not bode well for the bipartisanship of the next four years and make it that much more important for Republicans in Congress to detect the so-called “unifying” policies that turn out to be bipartisan baloney.

Margaret Smith is a 19-year-old intern from Fresno, California. Margaret is taking a gap year before she starts her undergraduate at Harvard University in the fall of 2021. She will major in history and minor in economics with the intention of going to law school.