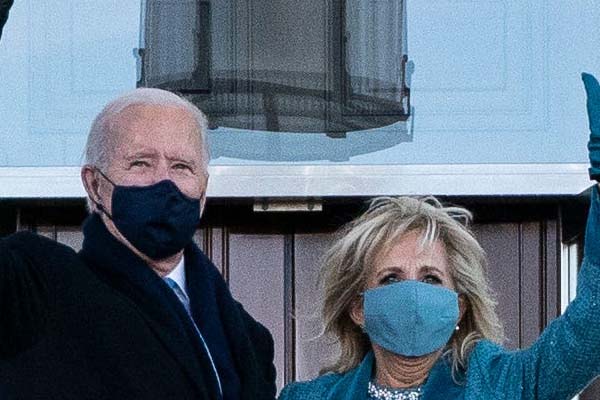 There seems to be a continued, deep split between the message of unity the President Joe Biden administration would like us to hear – and what its actions are communicating.

Again, President Biden’s inaugural address was great. It hit the right themes of bringing people together as Americans. But but he promptly walked up to the White House and created dissonance with his first volley of clearly partisan left-wing executive orders.

Much of his first week has been filled with the consequences of these divisive orders.

More and more people are realizing that President Biden’s order to disallow discrimination based on gender or gender identity in Title IX essentially eliminates women’s sports. Keep in mind: One of the main features of Title IX when it was passed in 1972 ensured that colleges and universities that receive federal funding offered sporting programs in which women could compete. Without Title IX, women – most of whom cannot physically compete with male athletes due to differences in musculature and hormones – didn’t have the same athletic opportunities their male cohorts had.

Biden’s order on Title IX undoes this. If biological males can compete in women’s collegiate sports – and receive scholarships and grants for women’s sports – because they identify as female, their biologically female competitors are immediately at a disadvantage. One of my Inner Circle members on Tuesday raised the question: What’s next? How long before biological males who identify as women are entitled to women-owned business grants or other programs for uplifting women?

To be clear: I don’t support discriminating against Americans who are simply living their lives, exercising their liberties, and pursuing their happiness – but I also don’t support measures that grant unfair advantages over other Americans trying to do the same.

Divisions are also beginning to show over President Biden’s decision to kill the Keystone XL oil pipeline, which was meant to carry oil from Canada to the US. These divisions aren’t strictly partisan. President Biden is quickly learning it will be tough to balance the wants of the radical left and those of more traditional working-class Democrats.

Now, ironically, some of the biggest unions which supported Biden in the election are going to lose the biggest number of jobs from him killing Keystone XL. The North American Building Trades Unions, the Laborers’ International Union of North America, and the United Association of Union Plumbers and Pipefitters have all come out criticizing President Biden’s move, because it will render thousands of Americans unemployed – during a pandemic to boot.

As one last example, I must again point out the knee-jerk reaction to abolish the 1776 Commission. This was purely an effort of partisan cultural warfare. That’s because President Biden is beholden to a radical, elite culture which consistently wants to erase American history and rewrite it to better serve a left-wing agenda.

The 1776 Commission was an answer to The New York Times’ 1619 Project, which initially proclaimed America’s “true founding” occurred when the first British slave ship docked in New England. The project has been so thoroughly debunked by serious historians that The New York Times has been quietly editing out its most egregious statements. I have written at length about this historic propaganda effort – and produced a podcast episode offering a historic response.

The 1776 Commission, on the other hand, was an effort to study and teach real history (CNN promptly called it “racist” without any cause). One of the lead advisors was my friend, College of the Ozarks President Jerry Davis. If you aren’t familiar with College of the Ozarks, it is one of the most remarkable institutions of higher learning I have ever seen. Students attend for free, and they work on campus in exchange for their education. In addition to top-tier traditional curricula, the college offers students an unabashedly patriotic education. It is a model for the whole country. On the very first day, the Left realized what a danger the 1776 Commission was and pushed President Biden to kill it.

So, in his first week, President Biden continued to talk about unity but delivered purely partisan actions. This is because when he says “unity” he really means “conformity.” The left-wing is not interested in listening to or compromising with the more than 74 million people who voted for President Donald Trump. The left just wants them to step in line or be ignored.

If President Biden really wanted unity, he could call on the US Senate to drop impeachment proceedings against President Trump. But he knows he can’t do that. It would break his flimsy coalition.

The single unifying element of the current Democratic Party is hatred of Trump. The Democrats know they must keep Trump as a central issue if they are going to keep their grip on the government.

Two or three years focused on Trump instead of solving problems is exactly what America doesn’t need. But the Democrats know as long as they can keep Trump as a piñata, they can keep their members happy.

Once the piñata goes away, they will all be staring at each other – still holding sticks.