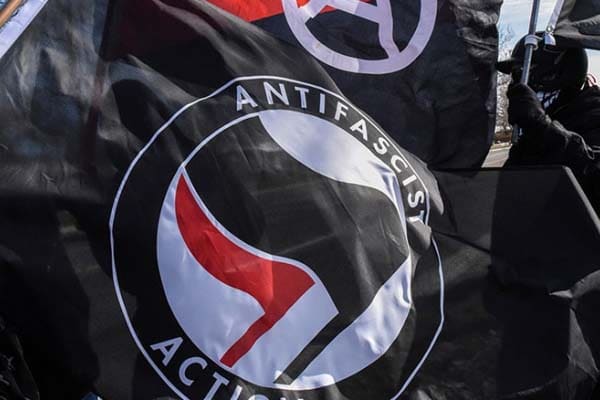 President Joe Biden and others on the Left turned a blind eye to violence throughout the summer and fall. To save face with their party, many Democrats favored reactionary measures to curb violence over preemptive ones. At the same time, President Trump’s robust push for “law and order” was slandered as only seeking to “fan the flames of division.”

However, for all the grief President Trump received for his candor and policies during his time in office, the Trump-Pence administration never pursued the kind of divisive policies currently being levied by President Biden and his administration following the Jan. 6 US Capitol riot.

The advisory recommends that through the end of April 2021: “some ideologically-motivated violent extremists with objections to the exercise of governmental authority and the presidential transition, as well as other perceived grievances fueled by false narratives, could continue to mobilize to incite or commit violence.”

While the threats are real, and have been for some time now, the government’s response to them lack consistency.

As Kyle Shideler observes, references to Antifa were scant within DHS during both the Obama and Trump administrations. The previous DHS bulletin, sent out about a year ago, warned of Iran’s ability to launch a cyberattack against the US – with no word of chaos or “some ideologically-motivated violent extremists” seeking to fight the government (including police).

Also, over the past four years, DC was never locked down the way it is now. This may come as a surprise considering how some notorious left-wing activists, such as Lisa Fithian, encouraged protestors to break into and take over federal buildings in the days following the election – if it didn’t go Biden’s way.

DC Mayor Muriel Bowser’s recent history also shows a gap between serving public safety and political interests. Over the summer, Mayor Bowser viewed the national guard as more of a hazard than a benefit for public safety, fearing the guard’s presence would only exacerbate tensions. Now, Mayor Bowser, who was once averse to militarization, has requested an additional 500 national guard troops remain in DC through March – a move never taken while Trump was in office.

Since Jan. 6, Bowser’s office and the Pentagon have been pointing fingers about who was responsible for the national guard’s lackluster response on Jan. 6.

The Pentagon’s timeline reveals that standard operating procedures may be more to blame than a deliberate attempt by President Trump to let the Capitol burn as he played the fiddle off in the distance – as the Left’s narrative alleges.

There is no overlooking the Republican Party’s and President Trump’s adamant disdain for the extreme Left. Sen. Bill Cassidy (R-AL) even introduced a resolution in July 2020 to formally designate Antifa a “domestic terrorism organization.”

But for all of the backlash the Trump administration received for its rhetoric and tactics – which once led some Democratic Congress Members to issue a joint letter arguing that the US Attorney General did not have “unfettered authority” to detain Americans exercising their First Amendment rights (bet that aged well) – President Biden’s war on domestic terrorism is pushing the envelope a bit too far on public safety.

Constituency goes a long way in ensuring that the US electorate does not become too infuriated with our nation’s current political discourse. President Biden’s first month in office is shaping up to do just the opposite.