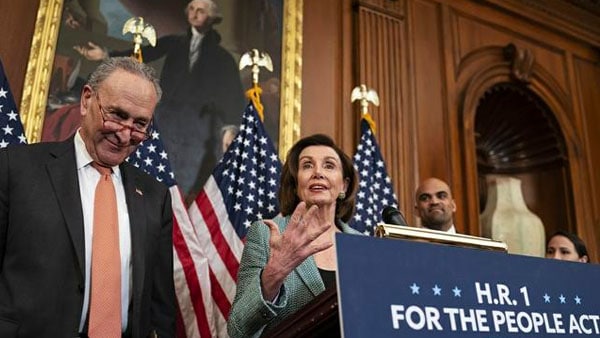 H.R.1, also known as the “For the People Act”, passed the House this week with 220 Democrats and 0 Republicans voting for the bill.  The Act sends federal dollars to fund political campaigns, would legalize voting for convicted felons all over the country and would weaken the security of our elections and make it harder to protect against voter fraud.  Newt describes what’s in the Act in detail.

For the People Act

Statement by President Joe Biden on the House of Representatives Passage of H.R. 1