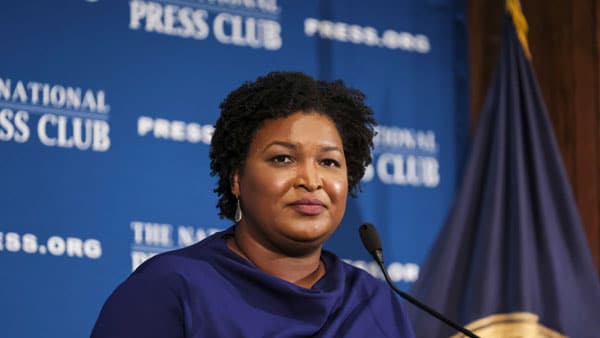 Earlier this week I wrote about how Democrats and their media allies are lying about Georgia’s new election integrity law.

Not only are they claiming the bill does things which it doesn’t do, but they are also falsely claiming that its provisions are unpopular with voters or damaging.

This helped me realize something: Not only are the Democrats lying about Georgia’s law – they want changes in election laws that make it easier to cheat on the vote count and steal votes. Furthermore, what the Democrats want in election “reform” is virtually the exact opposite of what the American people want.

Consider these provisions from the Democrats’ HR 1 – what many observers refer to as “The Corrupt Politicians Act.” HR 1 prohibits identification requirements for people receiving an absentee ballot, prohibits states from requiring identification beyond the last four digits of a Social Security Number for voter registration, and allows signed affidavits to override photo ID requirements for voting.

This means anyone who applies could vote absentee in any state. Anyone could register to vote with four digits of virtually any Social Security Number (with no other identifying information, you cannot verify who is actually registering). And anyone willing to sign a piece of paper can cast a ballot.

When you learn that 90 percent (9 out of every 10) of all Americans want elections limited to American citizens, you can see that the Corrupt Democratic Machine is forcing its members in the House and Senate to vote against the overwhelming majority of their constituents.

Georgia’s law, conversely, requires each voter to provide his or her name, date of birth, address, and one of three forms of discrete identification – Georgia driver’s license, state-issued ID, or the last four digits of his or her SSN if he or she does not have photo identification.

Rules on voter ID requirements alone are enough to illustrate that the liberal media are actively aiding the Democrats’ intentionally insecure voting agenda. Otherwise, no serious journalist would treat something so clearly opposed by the American people as anything but a nightmare of dishonesty and potentially stolen elections.

But voter ID laws are just one area in which the Democrats have ignored the will of the people.

These are just a few examples of how the Democrats and media are championing deeply unpopular laws that will make our elections less secure – and condemning laws Americans want, which will improve our elections. I talked about more examples in Thursday’s episode of Newt’s World.

In a sane world, “The Corrupt Politicians Act” wouldn’t have seen the light of day, and Georgia’s election law would have been lauded for expanding access to elections while also making them more secure.

The sheer arrogance and dishonesty of the Democrats and their media allies is simply astounding.