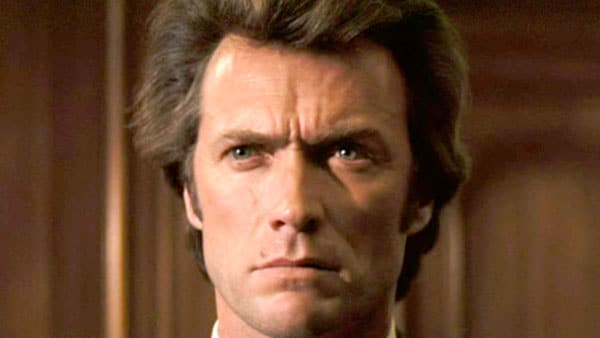 Our streets are now so unsafe that it might be helpful to re-watch Clint Eastwood’s “Dirty Harry” films. They can remind us of an earlier period in the 1960s and 1970s when crime was widespread, liberal judges were putting criminals back on the streets, and the entire system was anti-cop and pro-criminal.

In the middle of a wave of violence that left everyday Americans feeling both threatened and vulnerable, along came a series of movies which captured the desire for law and order.

The first and most famous of these was the 1971 “Dirty Harry” starring Eastwood as Inspector Harry Callahan of San Francisco. The film was so powerful and so well received that it was selected for preservation in the National Film Registry by the Library of Congress for being “culturally, historically, and aesthetically significant.”

At the end of the film, the American people watched the violent but effective Inspector Callahan throw away his badge in disgust at the pro-criminal, anti-law culture of San Francisco. (Now the city is even more radically leftwing – there were no human feces maps in “Dirty Harry’s” time.)

The American movie audience responded enthusiastically, and “Dirty Harry” grossed more than nine times its budget in the initial US release alone (with a lot more from foreign sales and later re-releases).

There were four sequels to “Dirty Harry,” and they were not the popular culture’s only response to crime and an anti-police legal system. The most famous vigilante movie of the time was “Death Wish” released three years later (1974) starring Charles Bronson. Like “Dirty Harry” it was incredibly profitable (the domestic gross was more than five times its initial budget). It also led to four sequels.

The popular response to these cinematic attacks against criminals, which depicted utter contempt for the liberal, anti-cop, pro-criminal system, was reflective of the American people’s genuine fears about a society which was spinning out of control. Ultimately, the violence and collapse of order would lead to the 1993 election of Rudy Giuliani as mayor of New York City. He ushered in bold, no-nonsense, practical steps which made New York amazingly safe and orderly.

Now, we are back in a pre-Dirty Harry world of nightly violence in Portland, the expectation that people will riot and loot after various events, and a level of daylight crime and violence that is frightening and ultimately unsustainable within a civilized country.

We are in the middle of an enormous crime wave. The breadth of the violence and the decay of safety and civilization is unprecedented. There is a war on police underway with 264 police killed in 2020, a jump of 96 percent over the previous year. In New York City, hostile forces use Molotov cocktails to set police cars on fire. Murder rates are skyrocketing around the country. 2020 saw the biggest one-year jump in homicides in American history – 36.7 percent.

Specifically, 2020 saw an unprecedented one-year spike in murders in all major US cities:

Facing this astonishing rise in murders – and even bigger rises in shootings, car jackings, and other criminal behavior – the anti-police, pro-criminal left is proving it has learned nothing.

As the American people grow frustrated by being told they should favor the violent and oppose the forces of law and order, the opportunity for a new generation of Eastwoods and Bronsons will grow in popular culture.

As it becomes clearer and clearer that the left cannot solve the crime problem because it is creating the crime problem, a new generation of Giulianis will emerge and start dominating in the 2022 elections.

Given a choice between the Tlaib Democrats, who would disband the police and close the prisons, and Republicans prepared to protect the innocent and oppose the criminal, the choice for most Americans will be obvious.