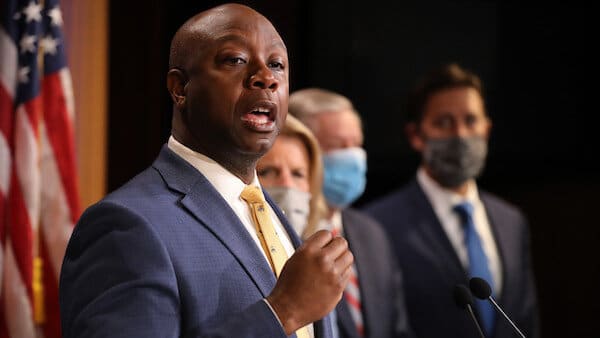 Last week, we asked readers, "who gave a better speech to the American people: President Joe Biden or Sen. Tim Scott?" following both politicians' addresses to the nation on April 29. A grand total of 2,091 readers gave their thoughts on this question.

The results were overwhelmingly one-sided in favor of Sen. Tim Scott. Roughly 99.62 percent (2,083 readers) preferred his speech over President Biden's, who only received 0.38 percent (8 readers) of the vote.

President Biden's speech highlighted some of his upcoming plans including tax increases, infrastructure spending, and climate change policies. Sen. Scott (R-SC) focused on how the president and the Democratic party would be unable to deliver on all their promises. He also called the party out for further dividing the country. It will be interesting to see how Americans view both men and their parties going forward after Joe Biden puts his plans into action.

Who gave a better speech to the American people?