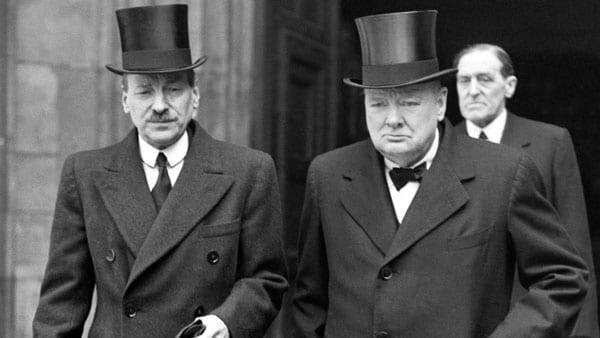 As we mark the anniversary of Churchill’s finest hour, we should learn from one of history’s few truly indispensable men.

Today, Western civilization is under threat. From abroad, China seeks global supremacy, to supplant the United States and the American-led international order. From within, wokeness stokes destructive self-hatred, eroding Western values and traditions.

And across the free nations of the West, there’s little will to endure, to be confident, to recover self-belief, to prosper in freedom. Hardly anyone seems to appreciate what they have.

Many people, especially conservatives, are gloomy about this sorry situation. But the West has been in much tougher spots before — and gone on to thrive.

Consider the state of the world in May 1940. Nazi Germany, seemingly invincible, was on the march, carving up central Europe and invading France. The Soviets, the great bear to the east, were in partnership with the Nazis. To many, resistance seemed futile.

But 81 years ago this week, help came in the form of a man, the only man fit for the moment: Winston Churchill.

When Churchill succeeded Neville Chamberlain as British prime minister on May 10, 1940, the entire political establishment wanted to make a deal with Hitler, fearing the Nazi juggernaut.

Of course, Hitler couldn’t be trusted, and any deal would’ve failed. But more importantly, a truce would’ve allowed the Nazis to focus all their energies on their eventual invasion of the Soviet Union, taking away the coming challenges of a two-front war.

Even if America discarded the shackles of its self-imposed isolationism to fight Germany, it would’ve been near impossible to win without the British. (Remember, the Allies launched D-Day from Britain.)

If anyone other than Churchill was prime minister, at best Britain would’ve settled with Hitler. At worst, the Nazis would’ve won. Either way, the same result: Germany dominating Europe and bringing the world into a true hell the likes of which humanity has never known.

Churchill saved Western civilization. One man, one iron will, changed the course of history. As none other than Joseph Stalin said of Churchill, “There have been few cases in history where the courage of one man has been so important to the future of the world.”

Chamberlain of course had famously appeased Hitler, ceding the German-speaking Sudetenland region of Czechoslovakia to Germany some 20 months earlier. He thought the deal would satiate the führer. Churchill had other ideas in mind.

“You ask, what is our policy?” Churchill said in his first speech as prime minister. “I can say: It is to wage war, by sea, land, and air, with all our might and with all the strength that God can give us; to wage war against a monstrous tyranny, never surpassed in the dark, lamentable catalogue of human crime. That is our policy.”

“You ask, what is our aim?” he continued. “I can answer in one word: It is victory, victory at all costs, victory in spite of all terror, victory, however long and hard the road may be; for without victory, there is no survival.”

To Churchill, this was a contest of good against evil, freedom against oppression — and Germany’s unconditional surrender was the only option.

Such moral (and strategic) clarity allowed Churchill to recognize the stakes and see the great evils of his time — first Prussian militarism in 1914, then Nazism in the 1930s and 1940s, and finally Soviet communism after World War II.

Churchill’s wisdom was on full display shortly after he took office — as was his mastery of the English language.

At the time, as Churchill’s war cabinet pushed for peace talks with Hitler, he urged his top ministers to continue fighting. But Churchill realized he was losing the argument.

So, before another meeting of the war council, he briefed the 25 second-tier ministers of the outer cabinet. Individually, these men had no influence, but their collective support for Churchill’s position could be enough to stop the senior ministers’ efforts. Churchill had to summon all his rhetorical skills and didn’t disappoint.

“I am convinced that every man of you would rise up and tear me down from my place if I were for one moment to contemplate parley or surrender,” the prime minister said. “If this long island story of ours is to end at last, let it end only when each one of us lies choking in his own blood upon the ground.”

Britain did not pursue peace talks.

There’s a lesson here for those worrying about the fate of Western civilization today: The West has survived much worse. What’s required to prevail is, above all else, a Churchillian spirit. That means an ironclad self-belief in what the West stands for — its values, its traditions, its culture. In other words, the will to go on.

As we mark the anniversary of Churchill’s finest hour, we should learn from one of history’s few truly indispensable men.