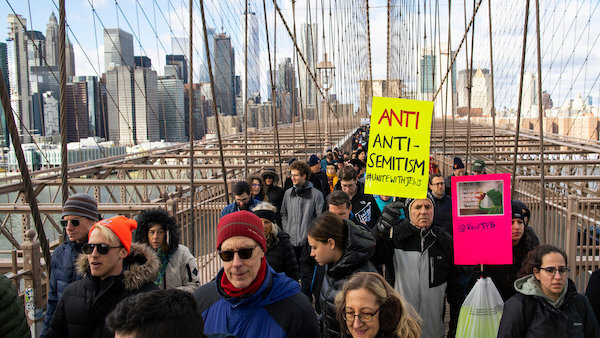 According to New York City Police Department data, hate crimes have increased by 139 percent in 2021.

In one instance, a Jewish woman in New York City received a concussion from having eggs thrown at her and friends while walking around the city. She admitted, “Yes, they only threw eggs, but it’s the steppingstone for them to do something greater.”

The woman noted a definite rise in anti-Semitism. It’s bad enough that she has left her residence in the city to stay with family in New Jersey for a period. Sadly, this woman’s experience is not an isolated incident; anti-Semitic crimes increased 69 percent this year.

If the defund the police movement did not gain national attention and action in some states, would crime be rising as much as it has?