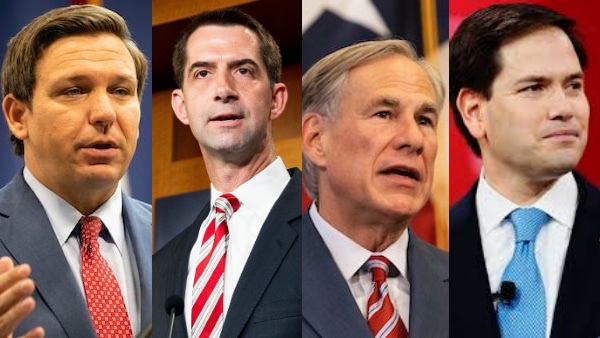 The presidential hopefuls are using this opportunity to make landmark advances in the conservative movement.

Since the election of President Joe Biden, many Republican lawmakers have positioned themselves for a potential presidential run in 2024. GOP hopefuls include Sens Tom Cotton and Marco Rubio, and Govs. Ron DeSantis and Greg Abbott. These lawmakers are strengthening their national platforms by advocating for a return to conservative family values and responsible governing.

The presidential hopefuls are using this opportunity to make landmark advances in the conservative movement. These men have written to the U.S. Supreme Court asking to overturn Roe v. Wade, which ruled abortion constitutional. Cotton, Rubio, DeSantis, and Abbott, have filed amicus briefs asking the court to throw out Roe as they prepare to hear Dobbs v. Jackson Women’s Health Organization this year.

Both groups have gained the support of their peers. Forty-two senators and 184 representatives signed the amicus brief authored by Cotton and Rubio, and 10 GOP governors signed the DeSantis-Abbott brief.

Although the 2024 race is still far away, the advocacy of presidential hopefuls will aid the conservative movement. The implications of Roe v. Wade have harmed the unborn since its ruling in 1973.